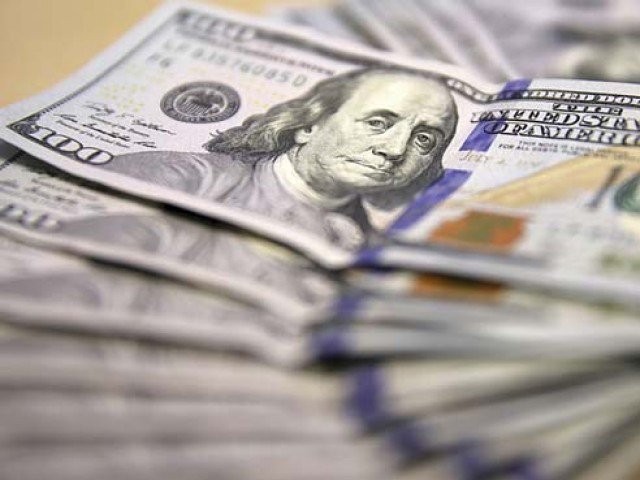 The $439 million in loans are exclusive of the $2-billion one-off Chinese injection meant to stabilise gross official foreign currency reserves held by the State Bank of Pakistan (SBP). PHOTO:REUTERS

TOKYO: The dollar fell on Wednesday as sources said Canada was ready to make a concession to the United States to resolve their talks over reworking the North American Free Trade Agreement, though lingering anxiety over US-China trade tensions weighed.

China will ask the World Trade Organization next week for permission to impose sanctions on US for Washington’s non-compliance with a ruling in a dispute over US dumping duties.

“Worries about many things are still lingering so it becomes hard to shift to a mood of aggressive risk taking,” said Kumiko Ishikawa, senior analyst at Sony Financial Holdings.

“The dollar/yen rose yesterday, but those gains are gradually coming off as there isn’t a lot of appetite to take risk,” she said.

The dollar traded slightly lower after two Canadian sources with direct knowledge of Ottawa’s negotiating strategy said overnight Ottawa was ready to offer US limited access to the Canadian dairy market as a concession in negotiations to remake NAFTA.

Canada’s protected dairy industry is a major sticking point in NAFTA talks between the two countries. Canadian Foreign Minister Chrystia Freeland returned to Washington on Tuesday for talks aimed at rescuing NAFTA ahead of a looming October 1 deadline.

The dollar index .DXY, which measures the greenback against six major currencies, was 0.07 per cent lower at 95.185.

The Canadian dollar CAD=D4 was little changed at 1.3073 per US dollar after rallying nearly three-fourths of a per cent late in the US session on the trade talk news.

Still, anxiety over the trade dispute between China and the United States – the world’s top economies – kept many investors on edge.

The Australian dollar AUD=D4, seen as a proxy for global growth due to the nation’s significant trade exposure to China, shed 0.3 per cent to $0.7093.

The Aussie traded near a 2 1/2-year low of $0.7085 hit on Tuesday amid concerns Australia’s exporters could suffer from any damage to the Chinese economy from a trade war.

An index for emerging market currencies .MIEM00000CUS was pinned near a 16-month low reached during the previous trading session.

“You can’t deny that emerging markets have fallen and that has weighed on sentiment, and that has probably pushed a lot of flows to the US and the dollar,” said Bart Wakabayashi, Tokyo branch manager at State Street Bank.

“All of this emerging market turmoil on top of all of this trade uncertainty has really driven participants into the dollar and again, to some extent, the yen,” he said.

Turkey’s lira was largely stable ahead of a closely-watched meeting on Thursday by the country’s central bank, where the monetary policy committee is expected to raise interest rates.