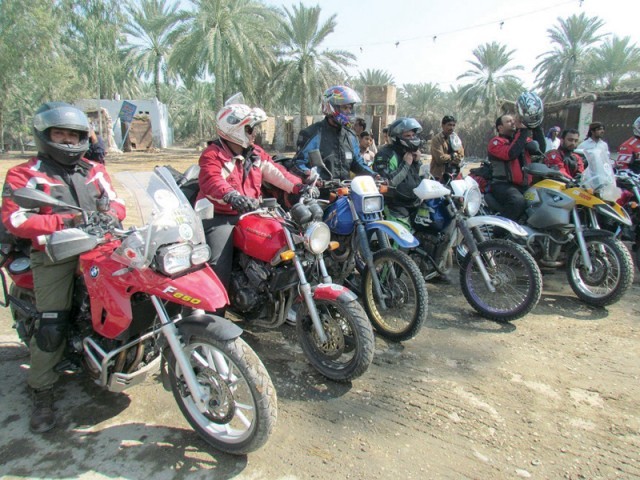 A file photo of bikers on their motorbikes. PHOTO: EXPRESS

LAHORE / LAHORE: Justice Ali Akbar Qureshi of the Lahore High Court sought details of the procedure to issue traffic licences from the Chief Traffic Officer (CTO). He ordered the CTO to take indiscriminate action against motorcyclists who do not use helmets.

As the proceedings commenced on a petition filed by Abdullah Malik, the judge ordered the CTO to produce the procedure so the court has a better idea of how the licences are being issued.

The petitioner pointed out in his petition that the number of deaths or injuries caused in motorcycle accidents was increasing as riders were not wearing helmets.

‘No helmet, no fuel’ for Bangladesh bikers

Meanwhile, Justice Ayesha A Malik sought a written reply from the Punjab government and other respondents on a petition against the failure to legislate over safety arrangements at skyscrapers.

Petitioner Imran Ahsan contended in his petition that several people lost their lives when incidents such as fires occurred in skyscrapers. He contended that the Punjab government had completely failed to introduce any legislation under which the affected people could be compensated.

The petitioner pointed out that despite the clear orders of the country’s top court to the Punjab government, authorities had done nothing. In 2006, the Supreme Court has asked the Punjab government to introduce laws for compensation to people affected by such accidents.

He asked the court to direct the provincial government to introduce legislation over compensation to the affected people in the light of court’s order. Justice Ayesha sought a written reply from the Punjab government and other respondents on the aforementioned petition.

Gunned down: Journalist murdered in near Kabirwala