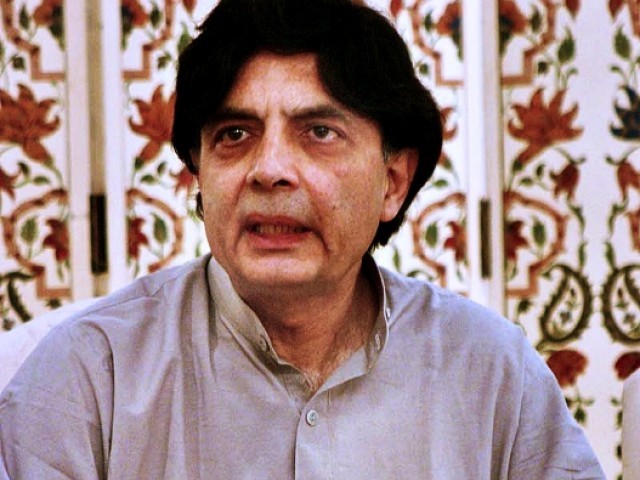 Chaudhry Nisar Ali Khan claims the PM did not consult the opposition on the formation of the Abbottabad commission.

Opposition leader Chaudhry Nisar Ali Khan wrote a letter to Prime Minister Yousaf Raza Gilani, in which he claims that the PM did not consult the opposition on the formation of the Abbottabad commission.

In the letter that Nisar wrote to PM Gilani, the opposition leader stated that the government should have taken the opposition into confidence regarding the formation and responsibilities of the Abbottabad Commission.

The letter claims that the joint resolution passed in the Parliament was the optimal framework in drafting a strategy for national security.

Nisar said that formation of the commission is pertinant under the light of joint resolution.

Nisar said that implementation on the resolution has become particularly important after the May 15 drone attack and violation of air space by Nato.

On Tuesday, the government announced the formation of a five member commission to investigate the Abbottabad incident.

The five-member commission will be headed by Justice Javed Iqbal, a senior judge of the Supreme Court, it added. Other members of the commission are Justice Fakhruddin G Ebrahim, Lt-Gen (retd) Nadeem Ahmed, former police chief Abbas Khan and former ambassador Ashraf Jahangir Qazi. The cabinet secretary will work as secretary of the commission.