Suprem­e Court Judge Javed Iqbal to head the five-member panel which will have a jurist and retire­d bureau­crats.
By Irfan Ghauri
Published: June 1, 2011
Tweet Email 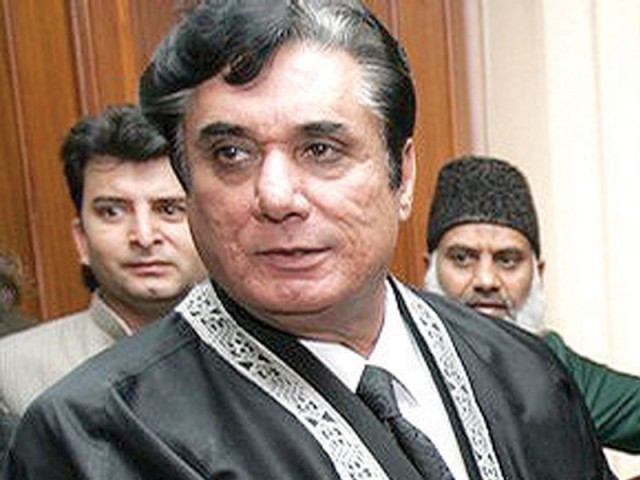 Supreme Court Judge Javed Iqbal to head the five-member panel which will have a jurist and retired bureaucrats.

Almost a month after al Qaeda leader Osama bin Laden was killed in an airborne operation by US commandos in Abbottabad, the government has unveiled an independent commission to investigate the May 2 top-secret raid.

The announcement came a day after opposition parties warned the government to set up the commission by June 3 – the day when the federal budget for the next fiscal year will be unveiled – or else face the music.

“Prime Minister Yousaf Raza Gilani has constituted a commission to investigate the Abbottabad incident,” said a statement issued by the Prime Minister’s Secretariat on Tuesday.

The five-member commission will be headed by Justice Javed Iqbal, a senior judge of the Supreme Court, it added. Other members of the commission are Justice Fakhruddin G Ebrahim, Lt-Gen (retd) Nadeem Ahmed, former police chief Abbas Khan and former ambassador Ashraf Jahangir Qazi. The cabinet secretary will work as secretary of the commission.

The commission has been appointed in compliance with a resolution passed by a closed-door joint session of parliament earlier this month. The parliament urged the government to investigate how Bin Laden had been able to hide out so close to the capital and whether government or military collusion had played a part.

Lawmakers at the time said such a probe must also  investigate how US forces entered and then left Pakistan’s sovereign territory apparently undetected and said the incident must not be repeated.

But interestingly, most of these names are missing from the commission appointed by the prime minister.

The statement does not detail the commission’s remit or terms of reference. Neither does it set a timeframe for the investigation. It is unknown whether or not the commission would be authorised to fix responsibility for the Abbottabad fiasco.

The commission will be mandated “to ascertain the full facts regarding the presence of Osama bin Laden in Pakistan; investigate circumstances and facts regarding the US operation in Abbottabad on May 2, 2011; determine the nature, background and causes of lapses of the concerned authorities, if any; and make consequential recommendations.”

Reacting to the announcement, President of the Supreme Court Bar Association Asma Jahangir said that the government should have consulted the chief justice of Pakistan before appointing Justice Javed Iqbal as head of the commission and for its terms of reference.

She said a sitting judge can’t be appointed to any commission without the approval of CJP. Therefore, the appointment of Justice Javed Iqbal as head of the commission “is illegal and unconstitutional.”

The reaction of different political parties was, however, mixed. Ahsan Iqbal, the spokesperson for opposition PML-N, quite unusually refrained from giving a knee-jerk reaction.

“The PML-N will come up with its reaction after its parliamentary party meeting to be held today (Wednesday),” he told The Express Tribune.

Professor Khursheed of the Jamaat-e-Islami said that he was satisfied with the commission’s makeup but had some reservations about its terms of reference. He regretted that no timeframe has been set for the commission to complete its investigation.

Haji Adeel of the ANP, a coalition partner of the ruling PPP, said that the government has met the main demand of the PML-N by appointing Justice Javed Iqbal as the head of the commission. “Once it starts working the commission will frame its rules of business and set a timeframe,” he told The Express Tribune.