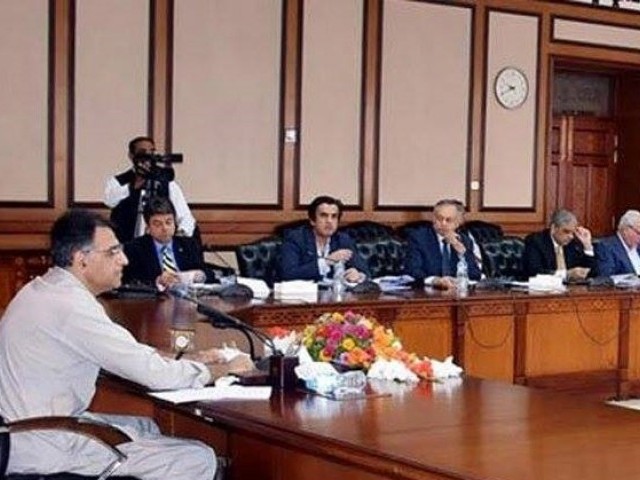 ISLAMABAD: The Economic Coordination Committee (ECC) on Monday set the principles to determine new gas prices but left the final decision to increase the prices by up to 186% to the prime minister due to political nature of the move and objections raised by the Sindh government.

Headed by Finance Minister Asad Umar, the ECC, however, approved import of 100,000 metric tonnes of fertilizer to meet the Rabi crop season needs. The Ministry of Finance will pick a subsidy of roughly Rs6.4 billion for a period of four months to sell the key farming input at a subsidised rate of Rs1,615 per 50 kg bag. The Finance Ministry will give a supplementary budget to pay Rs960 per bag subsidy.

The ECC has recommended the PM to withdraw the subsidy being availed by the richest domestic consumers on sale of gas by introducing a fourth tariff slab, said some government officials.

The ECC has also recommended withdrawing the subsidy being availed by the fertiliser manufacturers through a mechanism that protects the farmers from increase in gas prices. The fertilizer plants operating under old policy pay only Rs123 per mmbtu price on feed gas while the rates for the plants operating under new policy are only 70 US cents. Their fuel gas price is Rs600 per mmbtu.

Chaudhry said the ECC also recommended changing the subsidy mechanism in a manner that protects the lowest income group but shifts burden on the richest people. The Petroleum Division officials said a fourth slab will be introduced for the richest 5% domestic consumers, who will pay the actual gas price.

The officials said due to sensitivity of the matter, the ECC referred the issue to the premier. They said Sindh Chief Minister Murad Ali Shah had called the finance minister, urging him to refer the gas sale price issue to the Council of Common Interests (CCI). There is a possibility that the PM may refer the matter to the CCI to secure support of the four federating units.

However, the ECC settled the broader principles for determination of new gas prices. It has recommended that there should be no increase for the lowest income group as against the Oil and Gas Regulatory Authority’s (Ogra) recommendation to increase the prices for this category by 186%.

It recommended that the Liquefied Petroleum Gas (LPG) prices should be lowered. Its third main recommendation was that the five export-oriented sectors of the economy should be provided gas at reasonable prices.

While making a case for increase in gas prices, Chaudhry said in Pakistan only 40% people get subsidised piped natural gas while 60% consumers buy expensive LPG cylinders. He said in the past few months the LGP cylinder prices increased 70% and the ECC directed provinces to crack down against the profiteers.

At present half of the piped gas is being used by the domestic consumers on the Sui Northern Gas Pipelines Limited (SNGPL) pipeline and 24% by the Sui Southern Gas Company (SSGC) consumers.

Up to 186% increase in gas prices is necessitated due to Rs156 billion revenue shortfall being faced by the SNGPL and the SSGCL. For the financial year 2018-19, Ogra has determined Rs275 billion revenue requirements for SNGPL and Rs211 billion for SSGC. This includes Rs29.4 billion previous year’s shortfall of SNGPL.

At current sale price, the SNGPL would get Rs172 billion revenues, leaving it with net shortfall of Rs102.3 billion. Similarly, the SSGCL will earn revenue of Rs157 billion at existing prices, which still leaves a gap of Rs53.8 billion.