Import of 0.1m tons of fertiliser may not bridge shortfall

Import of 0.1m tons of fertiliser may not bridge shortfall

Market is expect­ing shortf­all of 300,000 tons over the next four months
By Bilal Hussain
Published: September 11, 2018
Tweet Email 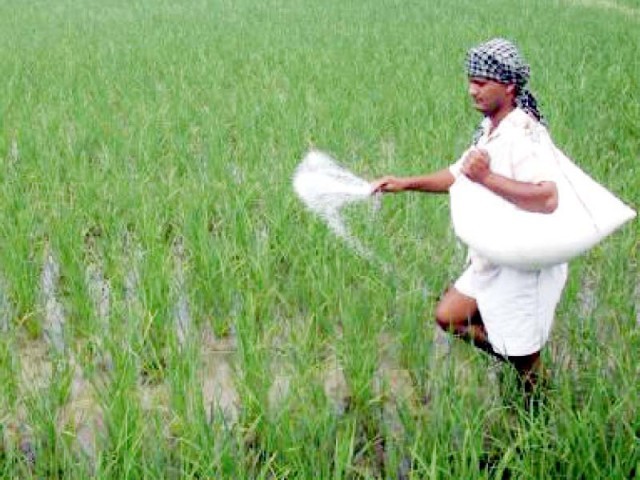 The present price of urea bag is Rs1,615 and the imported price is Rs2,575. The difference of Rs960 will be paid by the government in subsidy. PHOTO: REUTERS

KARACHI: The government initially pondered to facilitate the revival of idle plants ahead of the start of Rabi sowing season in October, but due to forecast of low gas availability in winter, it has now permitted import of 100,000 tons of subsidised fertiliser to ensure smooth supply.

The market is expecting a shortfall of 300,000 tons over the next four months as demand for fertiliser stands at 2.2 million tons and the present stock, along with the manufacturers’ capacity, could meet 1.9 million tons of the requirement.

According to Sherman Securities’ research analyst Saqib Hussain, the demand for fertiliser in the upcoming Rabi season will be strong and present reserves will not be enough to meet the demand for the next four months.

Therefore, the government is left with two options – either to provide subsidised gas to three idle plants to locally manufacture fertiliser or to import it to meet the expected demand.

According to initial reports, the government was mulling over providing gas with the aim of conserving the depleting foreign exchange reserves, but now Information Minister Fawad Chaudhry has announced that the government will import 100,000 tons of fertiliser.

The present price of urea bag is Rs1,615 and the imported price, as quoted by Chaudhry, is Rs2,575. The difference of Rs960 will be paid by the government in subsidy.

“According to what Fawad Chaudhry has said, the government will be paying Rs2 billion in subsidy to ensure smooth supply of fertiliser to farmers,” said Topline Securities’ research analyst Shankar Talreja.

Nonetheless, the decision to import 100,000 tons of urea will not meet the anticipated shortfall of 300,000 tons.

Although the Economic Coordination Committee (ECC) of the cabinet has not shed light on restoring gas supply to the closed fertiliser plants, expectations are that the government has been trying to find a good mix of imported and locally manufactured urea to bridge the shortfall.

Hussain of Sherman Securities said the government seemed to have budged from its previous stance of manufacturing the urea locally to meet the shortfall and now has mulled over importing it as well.

“Providing gas during winter is not an easy task and they have now come to understand they must import for the Rabi season. Import takes time, a lag of around one and a half month, which must have compelled them to take the decision on time,” he added.