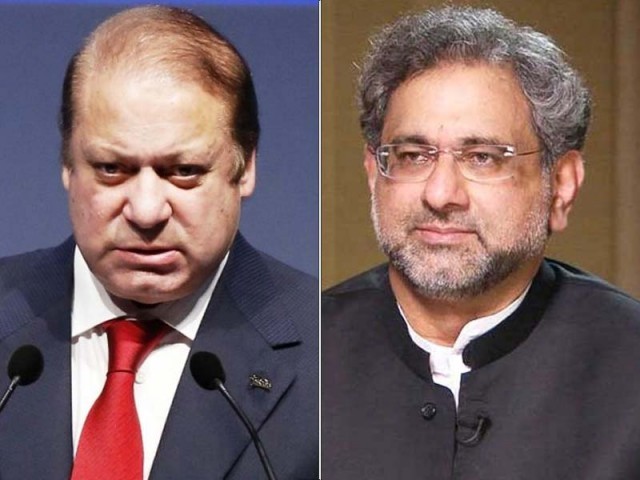 The summon was served to Sharif by the full bench of the LHC headed by Justice Sayyed Mazahar Ali Akbar Navi through the Superintendent of the Adiala Jail.

A notice was also served on journalist Cyril Almeida, who interviewed Sharif through the SSP Islamabad.

The petition contended that the former prime minister had not only disclosed the sensitive secrets but also expressed his views against sensitive national institutions.

The petition argued that Abbasi had not only supported Sharif’s stance, but also violated his oath of office by making public minutes of the NSC meeting.

Contending that Sharif had betrayed the nation, the petition stated that a treason case should be instituted against him for giving the controversial interview and allowing it to go on air.

As the bench commenced proceedings on the petition on Monday, Justice Naqvi wondered why Abbasi had not appeared in person before the court.

The petitioner’s lawyer an NSC meeting had been called in the wake of the former PM Nawaz Sharif’s irresponsible statement.

Later, Shahid Khaqan Abbasi, the then Prime Minister, briefed Nawaz Sharif about what transpired during the NSC meeting in violation of his oath.

After attending an earlier proceeding, former PM Abbasi appeared before media persons and maintained that he had not violated the oath, adding that he had not told anything to anyone about what happened during NSC meetings.

Abbasi had said he was a responsible persons and took his oath very seriously, adding that he had not shared the meeting’s minutes with anyone.

During previous proceedings, advocate Azhar Siddique, the petitioner’s counsel, had contended that in his interview with a local English daily, Nawaz Sharif blamed Pakistan for supporting the attackers who carried out the Mumbai attacks.

Insisting that Nawaz Sharif’s statement could be used against Pakistan by her enemies, the lawyer contended that this amounted to sedition.

Former PM Abbasi had violated his oath, he maintained.

The lawyer stated by rejecting the National Security Council’s statement, the disqualified prime minister had committed an act of sedition.

Therefore, the lawyer said, he was liable for action as prescribed in the Constitution as well as in Pakistan Penal Code.

He requested the court to take strict action against Sharif for attempting to defame the state and state institutions by way of anti-state interviews.

According to him, action should also be taken against the now defunct Pemra for allowing broadcasting the same stuff.

He also requested the court to punish former prime minister Abbasi in violation of his oath.