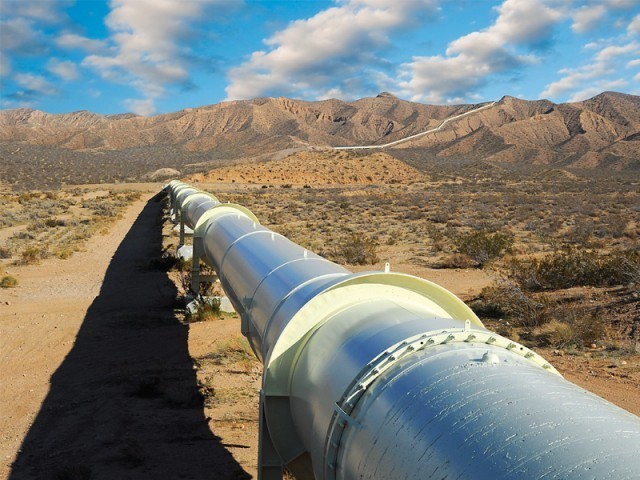 Gas sector reforms could not be done mostly due to the panacea of privatisation. PHOTO: FILE

ISLAMABAD: The electricity system has undergone many reforms from erstwhile monopoly to a mixed IPP system having a variety of actors and players.

Gas sector has defied any meaningful reforms with falling efficiency and increasing losses and theft. The only panacea that has been discussed is privatisation.

Except for privatisation in the manufacturing sector in the 1990s, any further privatisation has not happened. Political consensus is lacking and there have been practical issues as well. PIA, Pakistan Steel and the energy sector all have defied privatisation despite efforts of varying intensities.

First ECC meeting held under the new government could not take any decision on a summary asking for increase in gas tariff in the context of increasing financial difficulties of the two companies – SNGPL and SSGC.

Naturally, it is a difficult decision for a new government to increase prices, although willy-nilly, it may have to do it in the near term.

While part of the problem is the difference between the cost of purchase and selling prices, there are other issues of losses and efficiency. In this space, we will propose an alternative system that may be implemented gradually and some of the organisational steps which can be implemented immediately.

Make Pakistan LNG as Pakistan Gas Supplies Company dealing with both local gas and LNG; Pakistan LNG buys from local producers and sells to SNGPL and SSGC at a uniform weighted average price; it can later commingle LNG with local gas and announce a commingled price, as and when, it is decided; later on, other private sector gas suppliers can be added as gas and pipes are separated.

There are two major peculiarities in the gas pricing system – SSGC and SNGPL buy gas from various gas fields owned by gas producing companies – private, public and international. All gas fields have been awarded gas prices under different systems prevailing at the time of discovery and development. There are about 50 gas fields, each having a different well-head price. This results in different gas prices for SNGPL and SSGC which are balanced in an obtuse manner.

There are other issues as well. A better way of doing it is pooling at the national level like the CPPA-G which buys from more than 50 producers and sells to distribution companies.

Pakistan LNG can perform this function as it is already engaged in an allied business of LNG buying and selling. Presently, LNG is ring-fenced and being sold at international prices which are almost twice the locally produced gas.

At some stage, if a decision is made to commingle the local gas and the imported one, Pakistan LNG, may be rechristened as Pakistan Gas Supplies Company, will be able to handle it.

This can be done almost immediately with some reorganisation and transferring gas procurement personnel from SSGC and SNGPL to Pakistan LNG. This would also entail some changes in the tariff system.

What is being proposed here does not require privatisation. It may require making a holding company (Pakistan Gas Holding Company).

Privatisation can be done later as the opportunity and consensus emerges.

All this except for Pakistan LNG/Pakistan Gas Supply Company would require changes in the tariff structure and procedures.

At present, annual revenue requirements are determined by application to Ogra, which if divided by gas sold, gives average prescribed gas prices for the forthcoming period.

We are proposing a constant price system. Under this system, a distribution tariff per unit of gas sold is awarded for one to three years based on company accounts of the last three years and projections thereof. Periodic gas price, monthly or quarterly, is charged as it occurs.

Currently, aggregate loss of gas is 12.5%. It hasn’t been controlled largely due to the big empire syndrome implicit in large organisations. It is hoped that proposed fragmented smaller companies may be able to have success in this respect.

There are other steps that are required for loss and theft reduction, which will be discussed later. Here, it is proposed that instead of allocating losses centrally, these should be calculated proposed distribution companies-wise and applied accordingly. Eventually, this should be done at the sub-station level.

All of this should not be difficult. It is happening in most parts of the world. Monoliths and monopolies like SNGPL and SSGC are rare. Reforms may, however, be constrained by provincial issues and 18th Amendment. Every system may have unequal consequences for different regions. Although I don’t foresee such issues, consultations with provinces would be required and negatives may have to be balanced by adding positives for the losers and vice versa for the ones who may incidentally benefit.

It appears that there is some rationale in the gas price increase proposal which the current administration should look into, before circular debt hurts this sector as well.