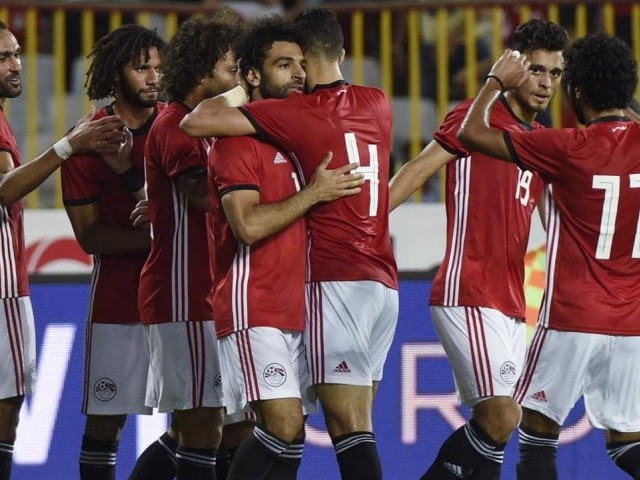 Salah had clashed with Egyptian football officials ahead of the matchday 2 qualifier in Alexandria for the 2019 finals over image-rights violations and personal security.

But once on the pitch, the Egypt superstar was quickly in the thick of the action, winning a first-minute penalty which was blocked.

After Marwan Mohsen and Ayman Ashraf goals gave the 2018 World Cup flops a two-goal edge, Salah had another penalty saved, but scored from the rebound for a 3-0 half-time advantage.

Salah netted the fifth and Mohamed Elneny from Arsenal completed the rout with a goal two minutes into stoppage time.

It was a wonderful start for former Mexico and Japan manager Aguirre, who recently signed a four-year contract as boss of the record seven-time African champions.

He succeeded Argentine Hector Cuper, whose contract was not renewed after Egypt lost all three group matches, to Uruguay, hosts Russia and Saudi Arabia, at the 2018 World Cup.

Despite the huge victory margin, Egypt trail Tunisia in Group J on the head-to-head rule having lost 1-0 away to the north Africans in the first round 15 months ago.

Nigeria were another team who rebounded from failing to make the World Cup last-16 in Russia by winning convincingly — 3-0 away to traditional minnows the Seychelles in Group E.

Captain Ahmed Musa, Chidozie Awaziem and Odion Ighalo, from a penalty, scored for the Super Eagles, but it was home goalkeeper Dave Mussard who became the centre of attention.

Pictures of the clearly overweight 31-year-old, a part-time footballer who also works as a hotel pastry chef, went viral.