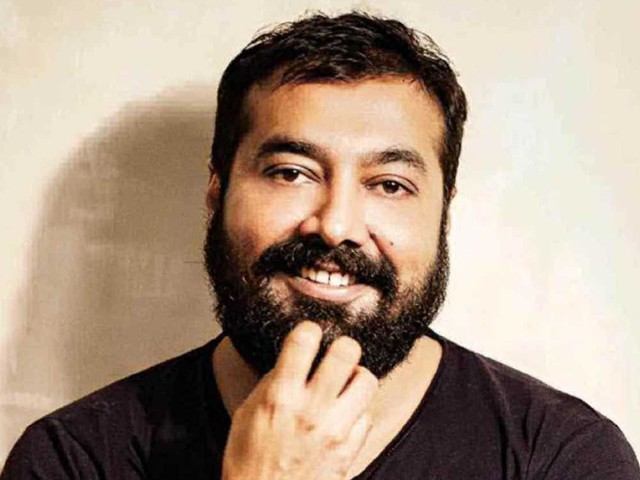 KARACHI: Afraid of what I may hear, I summoned the courage to reach out to Bollywood’s critically-acclaimed film-maker Anurag Kashyap. A question that ran across my mind when the first ring went through was ‘Why would someone as big as him, speak to a small journalist sitting on her desk across the border?’ This was followed by a loud “Hello” from the other end, right after the second ring. Excited yet shivering in my seat, I replied, “Hello. Is this Anurag Kashyap?” “Yes,” said the voice. “This is Shaheera from The Express Tribune. I WhatsApped you yesterday in hopes of interviewing you. Is this a good time?” I asked, covering my trembling voice.

Here’s why you should never mess with Anurag Kashyap

“Yes,” he responded. “But why do you have red hair?” Kashyap said of my display picture on the messaging application. While I have previously never had trouble answering this question, a strange, star-struck feeling held me back from addressing Kashyap’s concern. “I couldn’t believe that it was someone from Pakistan because of the red hair. I assumed people wouldn’t be very accepting of it,” he joked. Nervously, I responded, “I don’t know, I’ve always liked red hair. I have gotten a few stares but most received it well.” He giggled. 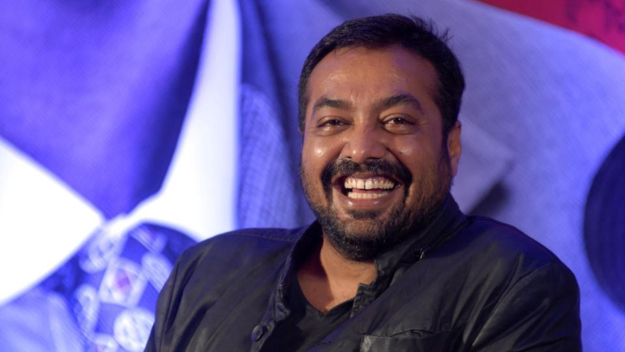 “I wanted to ask you if I could get some time to interview you. You have a huge fan following in Pakistan. People here absolutely adore Gangs of Wasseypur,” I said. Without a hint of attitude, Kashyap replied, “I am free right now. Ask away.”

Surprised at his extremely welcoming approach, I asked him why he got into film-making and if it was something that he always imagined doing. Kashyap answered, “I wanted to be a microbiologist. My girlfriend at the time and I got admission in the same university but we had a bad break up and I did not want to start school at a place where she was going to be present too. I was 19 years old then and I had taken a gap year. During that time, I watched a lot of films and realised that it was something I want to do.”

Inspired by this spur-of-the-moment decision that gave birth to cult classics like Dev D and Gangs of Wasseypur, I asked why he prefers making films with dark subjects and gang wars. The 45-year-old retorted, “I think dark is a very relative term – it’s very crowd pleasing. I think of them as pink films. When you compare my films to Hollywood’s, they don’t seem so dark. I’m a realist and that’s what I try to portray in my films – and realism includes sarcasm and humour. I enjoy that.” 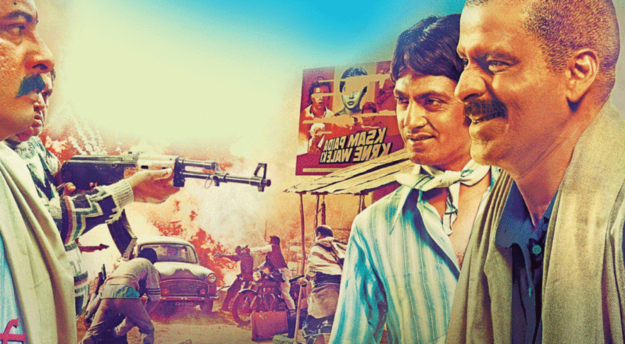 Discussing issues pertaining to censorship, Kashyap added that he used to worry about it initially but has now found ways to deal with it. “I have learnt to work my way around censorship. And I think that if you believe in something, you should fight it till the end.” He explained that even Iran produces films with political statements but one shouldn’t worry about the consequences. “You need to learn how to deal with the repercussions.”

The film-maker has recently also ventured into web series, directing shows for Netflix such as Lust Stories and Sacred Games. Debating the differences between the two mediums, Kashyap said that he now saves “easy-going films” for cinemas. “It’s tough to fight for films to be screened in cinemas as the subjects can sometimes offend a lot of people. The circumstances and the political scenario extensively affect a film. With Netflix, we don’t have to deal with any of that.” He elaborated that he keeps “those” kind of stories for the online streaming giant. 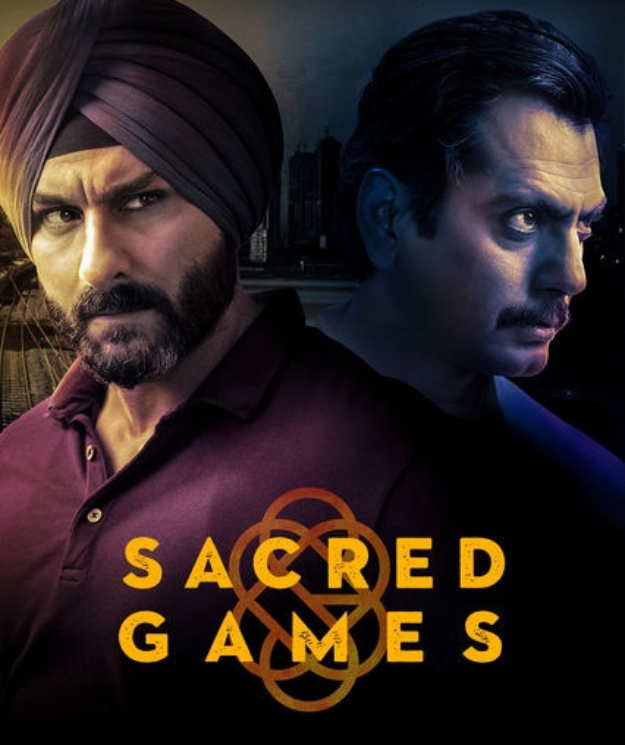 Now anyone who has seen Kashyap’s work has noticed that he is very fond of Nawazuddin Siddiqui. The duo has worked together in Black Friday, Bombay Talkies, Raman Raghav 2.0 and Gangs of Wasseypur, which propelled Siddiqui to fame. Confessing his affection for Siddiqui, Kashyap teased, “Isn’t Nawazuddin a favourite in Pakistan too? Especially for the advertising industry?” I recalled Siddiqui’s commercial with Aisha Khan for a local electronics brand and agreed.

“I love Nawazuddin and Radhika Apte. I trust them blindly and have complete faith in them, which has strengthened over time. They don’t question me at all and I can go any distance with them. We share a comfort zone and I know that I can pull anything off with Nawazuddin and Radhika,” the Daas Dev actor stressed. 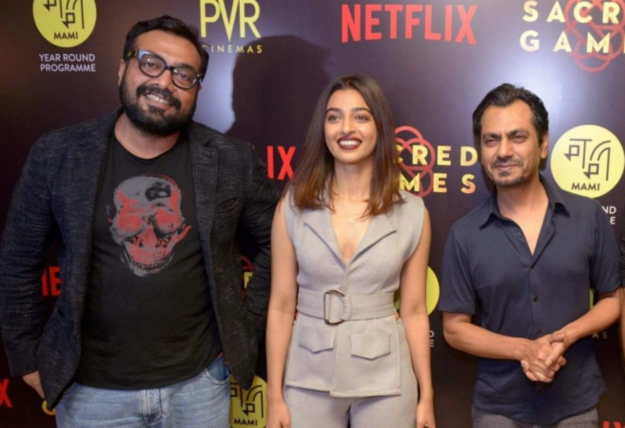 Riveting storylines and strong characters are hallmarks of Kashyap’s body of work. While the two are equally important prerequisites for a good film, the producer revealed, “In web series, you can give more depth to your characters – they are not just subsidiaries. Each character has its own history that I love expanding on. If I delve too deep into character development, the film becomes too long which is why web-series suits my element. However, in films, I try to reduce the characters but still make sure that they have a background story of their own.” His upcoming film Manmarziyaan only includes three main characters which are played by Taapsee Pannu, Abhishek Bachchan and Vicky Kaushal.

Speaking about the upcoming project, which releases on September 14, Kashyap shared that it’s his first “full-on” love story. “It’s so real and believable, yet very chaotic. Because that’s exactly what love is – it’s messy and beautiful,” he expressed with utmost passion. 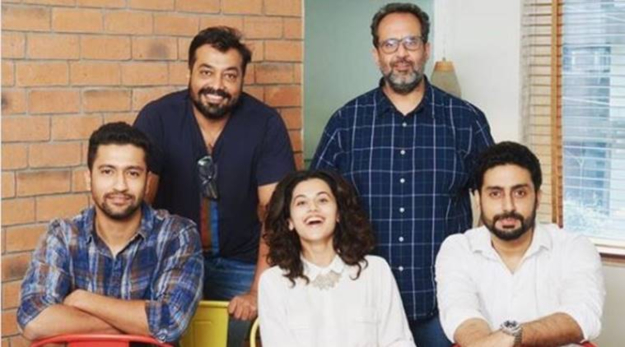 While it might come as a surprise to many – as it did to me – Kashyap revealed that he had watched Sultan Rahi’s 1979 film Maula Jatt. He said that Shaan Shahid had recommended him to watch it when they were once shooting for a commercial. But Maula Jatt is not the only Pakistani film that Kashyap has seen. 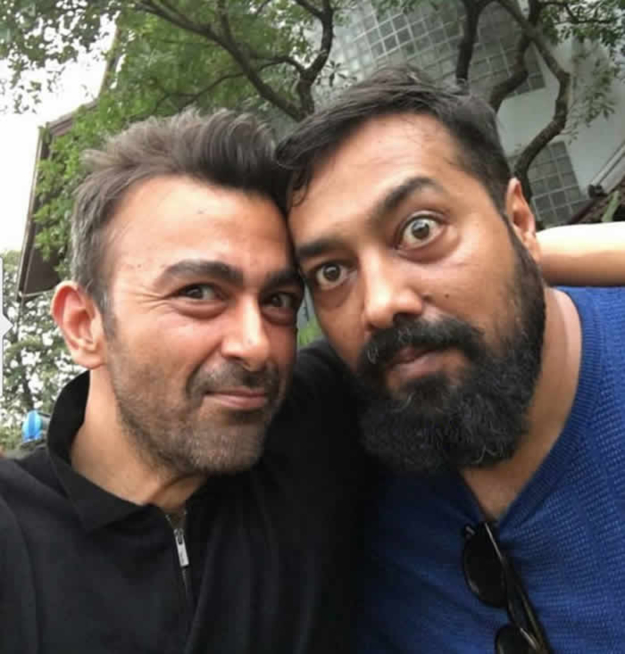 Earlier this year, he watched Asim Abbasi’s Cake which starred Aamina Sheikh, Sanam Saeed and Adnan Malik in titular roles. Praising Abbasi’s directorial, Kashyap stated, “Films made in India and Pakistan are very similar to each other. But I loved the little details in Cake. I could see that the film took risks. It was an unchartered territory and not many people are comfortable taking those kinds of chances. It takes guts to make a film like that.” Ecstatic over what he had watched, he added that the “revelation” scene from Cake was the “highpoint” of the film.

Kashyap also commented on the ban on Pakistani films and artistes in India. Saddened by the state of affairs, he admitted, “I have a big problem with boundaries. It troubles me a lot. I wish art did not have these borders. We don’t get to see foreign films either, apart from the Hollywood ones. Even regional films are not screened all across India sometimes. Exhibitors don’t want to lose money by putting such films in theatres. I have to wait for them to be released on Netflix so I can watch them.” He also expressed his desire to work with Fawad Khan, further pointing out that people should feel free to work with anyone they like. 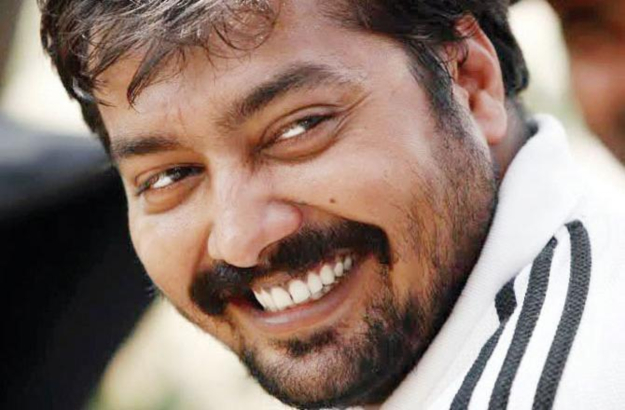 Discussing the possibility of filming in Pakistan, Kashyap said, “I would love to film in Pakistan. I have always wanted to visit and attend the literature festivals but it never worked out. I have friends who have visited Pakistan and they tell me how badly they want to go again.” Recalling his love for Pakistani food, he shared, “We were once filming in Amritsar which is about an hour’s drive away from Lahore. All we wanted to do was go to Lahore, have something amazing to eat because we’ve heard the food in Pakistan is great, and come back.” 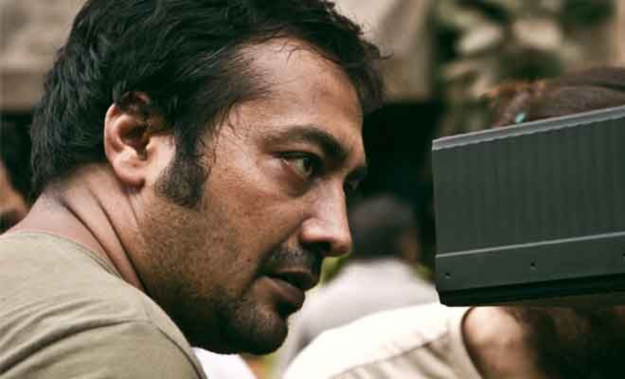 Excited over the chance of someday getting to meet the filming legend, I made a promise to somehow pull some strings and invite Kashyap to Karachi. I thanked him for his time, secretly wishing the stimulating conversation didn’t have to end. He hung up and I returned back to reality, eagerly waiting to tell someone that I had just spoken to THE Anurag Kashyap.