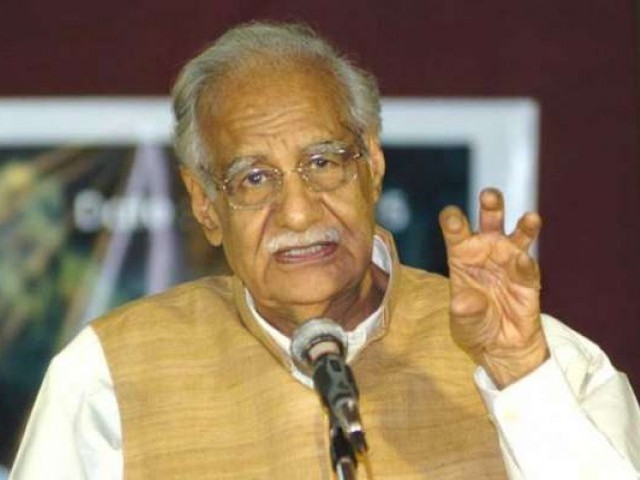 KARACHI: The ashes of noted activist and senior Indian journalist Kuldip Nayar would be immersed in the Ravi river near Lahore later this month.

Nayar, who was also a regular columnist for The Express Tribune, died at New Delhi’s Escorts Hospital on August 23. He was 95.

Before the immersion, a function would also be organised in which a sapling would be planted at the Government College University, Lahore, according to a press release.

The Pakistani activists visited India on August 31 to attend a roundtable conference on the issue of Pakistani and Indian prisoners at the Islamic Cultural Centre, in New Delhi.

Kuldip Nayyar, who was born in Sialkot, passed his BA (Honours.) from the Forman Christian College, and LLB from the Law College, in Lahore.

He was founder member of Pakistan-India Peoples’ Forum for Peace and Democracy (PIPFPD) and Peoples SAARC, and worked for people-to-people contact of Pakistan and India.