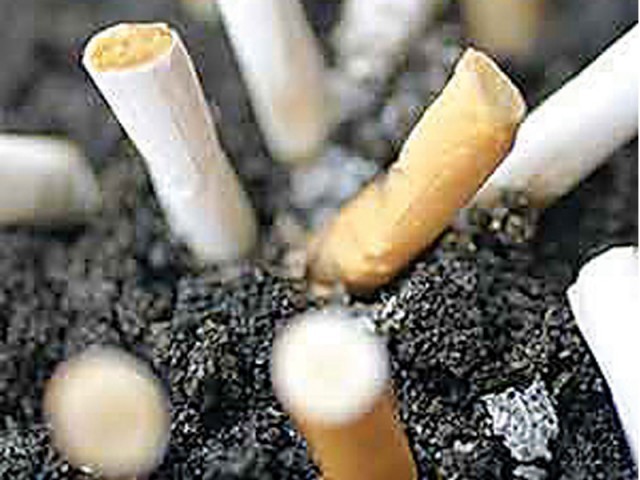 Besides, KEMU also organised a walk to protest against smoking. The National Highways and Motorway Police (MHMP) observed the day by holding an informal ceremony at Thokar Niaz Baig.

In the first competition, students from four medical colleges made as many as 50 posters, out of which three were selected as winners.

The poster competition was followed by the 4th Public Education Seminar in the KEMU auditorium.

“Mouth cancer is most common in people who use chewing tobacco and pan. Smokers have a fifty per cent chance of lung cancer and even more of stomach cancer,” Prof Muhammad Arshad Cheema, the Mayo Hospital department of surgery chief, said while addressing the seminar.

Prof Khalid Chaudhry, the Mayo Hospital chest ward head, suggested some tips to quit smoking. He said that smokers could use nicotine gum to ease cigarette cravings. He also stressed the need for regular counselling.

Prior to the seminar and the poster competition, a group of doctors and paramedical staff also participated in an awareness walk from KEMU to the General Post Office Chowk.

Students from more than 300 institutions from Lahore, Islamabad, Karachi, Gujranwala, Rawalpindi, Gujrat and Khariyan participated in the competition organised by SKMCHRC. The hospital had received over 2,500 applications to participate in the competition themed No Tobacco. Thirty-seven students were awarded distinctions. Students were divided in groups of schools, colleges and universities.

The chief judge at the competition was Kamran Akmal, the Pakistan cricket team wicket-keeper. Dr Faheem Butt of the SKMCHRC said that smoking was the most common cause of cancer. He said 90 per cent cases of lung cancer, heart disease, bronchitis, and emphysema were caused due to the use of tobacco. “Patient suffers from loss of weight, hair and appetite and a continuous cough. The problem persists until other organs start getting affected including the mouth, stomach and the bladder,” he said. The NHMP (N-Central) in collaboration with the World Health Organisation, the Ministry of Health (Tobacco Control Cell), the International Union against Tuberculosis and Lung Disease and The Network distributed literature among commuters to spread awareness of the issue. The motorway police officers also pasted car stickers inside public vehicles with the message ‘smoking in public transport is a crime.’