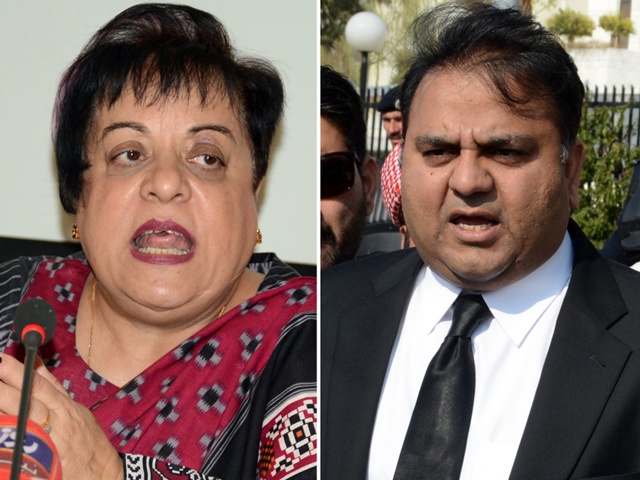 The Wikipedia pages of Information Minister Fawad Chaudhry and Minister for Human Rights Dr Shireen Mazari were locked by the online encyclopedia after the pages were vandalised.

“Different IP addresses were adding libellous material repeatedly and simultaneously so it appears to be an organised attack. Following the abuse, entries on Chaudhry and Mazari were locked,” said Saqib Qayyum of Wikipedia’s help while speaking to The Express Tribune.

Some of the edits made to Chaudhry’s page were regarding Economic Advisory Council’s Atif Mian appointment and the recent controversy generated by a tweet from a PPP leader.

Users had planted libellous material on his page to incite hate and religious intolerance. The changes made to Mazari’s profile, however, included changing her name to “Shireen Mazari (aka Lady Taliban)” and changing her profile image to the villainous Ursula from The Little Mermaid.

According to Saqib, the vandalism began on September 4 as users changed Chaudhry’s religion, image and other details.

Tweaks included Maryam being introduced as a “politician and criminal” from “Pakistani politician”. Many attempted to insert terms including “criminal” in her description and biography. “People added criminal multiple times in the lead section and tried to change her birth year from 1973 to 1960. The information present in the lead section appears in the Google knowledge graph, next to the search result,” Saqib told The Express Tribune.