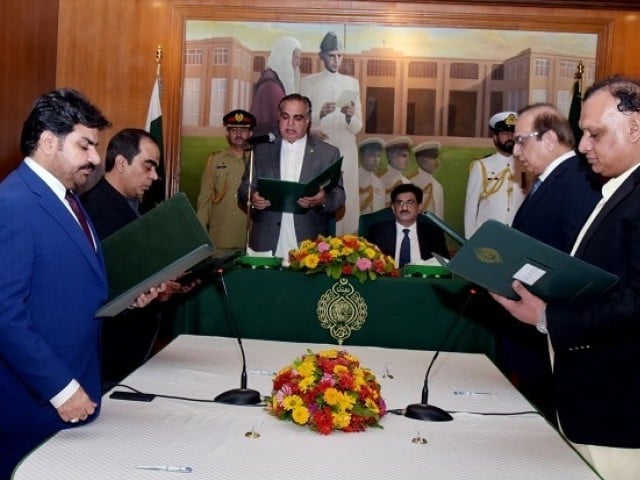 KARACHI: Four more ministers were added to the Sindh cabinet on Wednesday, bringing the total number of provincial cabinet’s members to 14 members.

Governor Imran Ismail administered oath to the newly-elected MPAs with their respective portfolios, as follows: 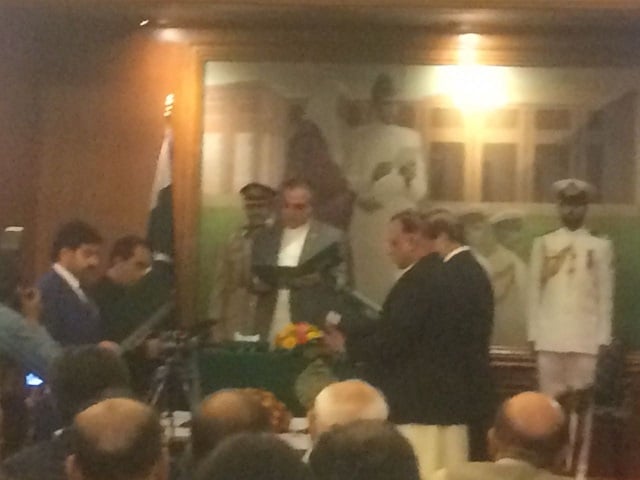 Sources privy to the development told The Express Tribune that more members will be added to the cabinet as consultation over candidate and portfolio is ongoing within the ruling PPP. 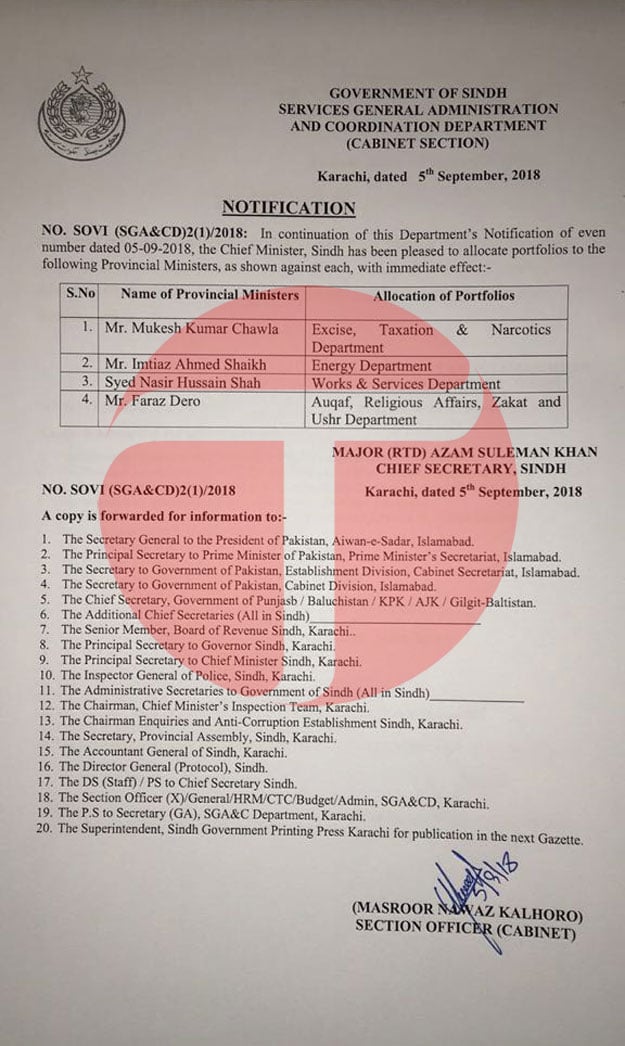 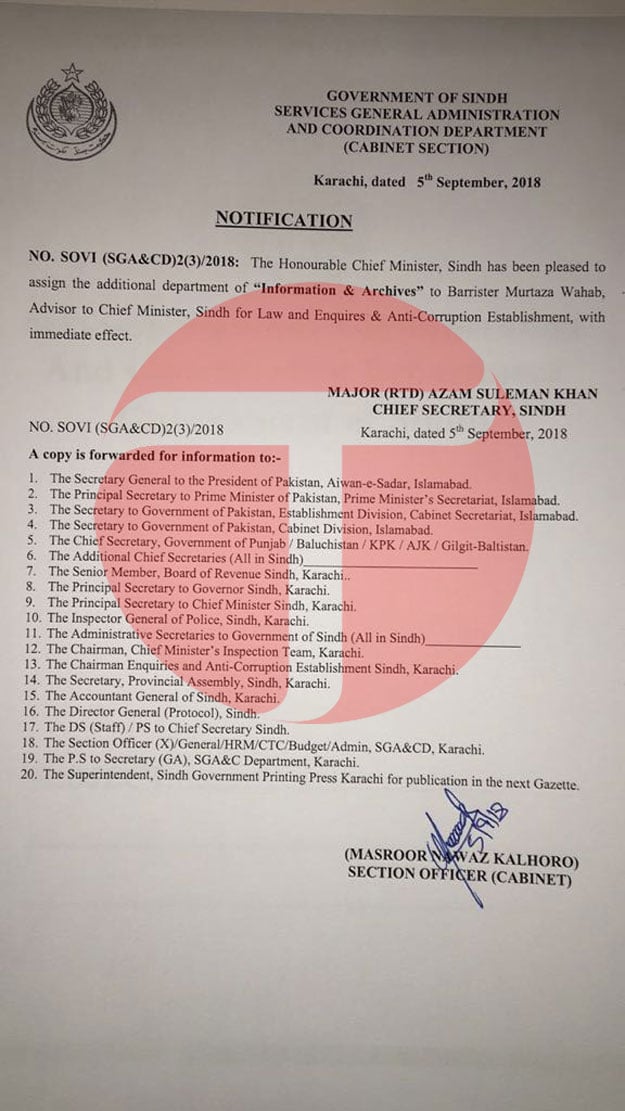