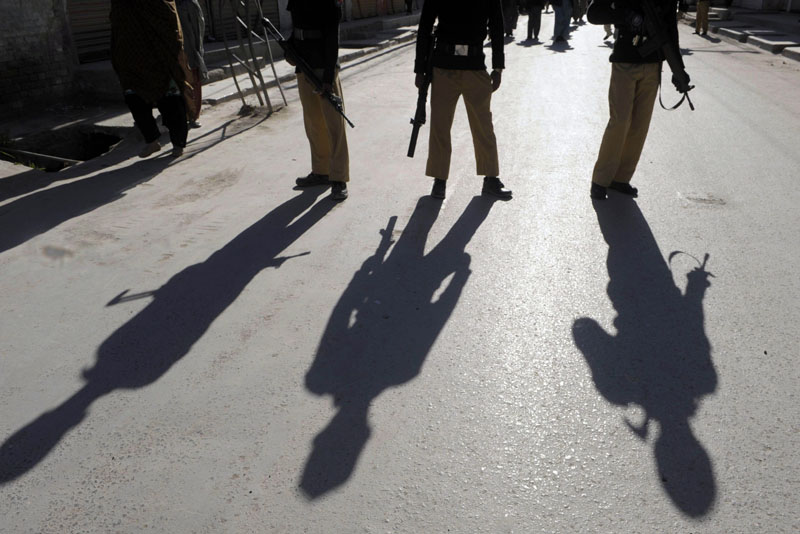 KARACHI  : At least three alleged terrorists were killed by the Anti-Violent Crime Cell (AVCC) during an ‘encounter’ in the Ittehad Town area, Karachi on Tuesday.

Police claimed that suicide jackets and weapons were recovered from the alleged terrorists.

Senior Superintendent Police (SSP) AVCC Irfan Bahadur said that the “terrorists belonged to a banned outfit and were planning an attack during Muharram”.

According to reports, the suspects opened indiscriminate fire when police besieged their hideout in Ittehad Town. and added that at least six terrorists fled the area. Security forces launched a search for them is underway. The operation was carried out after intelligence reported the presence of suspicious individuals in the area.

“Identity of the killed terrorists could not be ascertained as yet, but an investigation is underway to determine which banned outfit they belonged to,” added SSP Bahadur.

The bodies have been shifted to Abbasi Shaheed Hospital for a post-mortem.