'Every Muslim has a duty to protec­t minori­ties'
By Our Correspondent
Published: September 4, 2018
Tweet Email 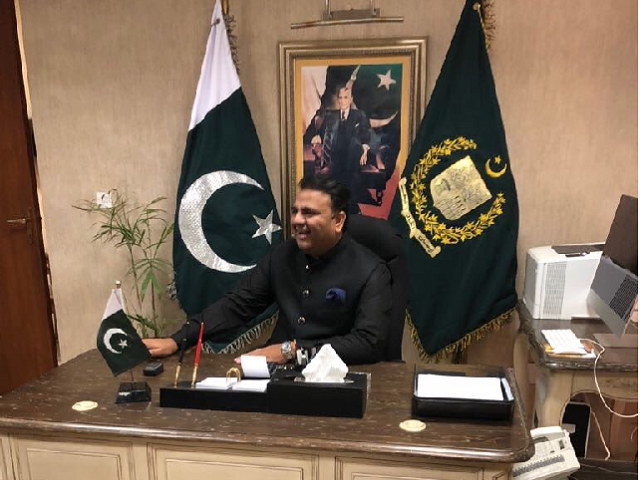 “Should we throw minorities out of the country? Atif is part of our economic council. The world is raving about him. People who say negative things about minorities are extremists. Every Muslim has a duty to protect minorities,” the minister said while speaking to the media.

Chaudhry further said that the ongoing election to elect the 13th president of Pakistan will strengthen the democratic process and added that the opposition has played its role in the parliament. 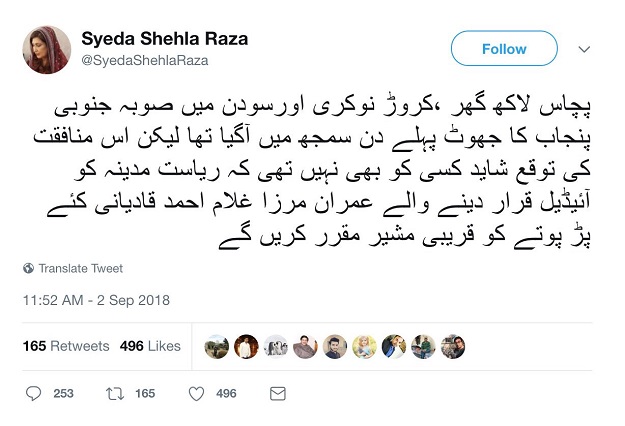 The divisive tweet by the PPP leader and former deputy speaker led to outrage on social media. Raza facing severe backlash, deleted her tweet. She later claimed it was done by a member of her social media team which she hired for elections and the entire team was fired after the fiasco.