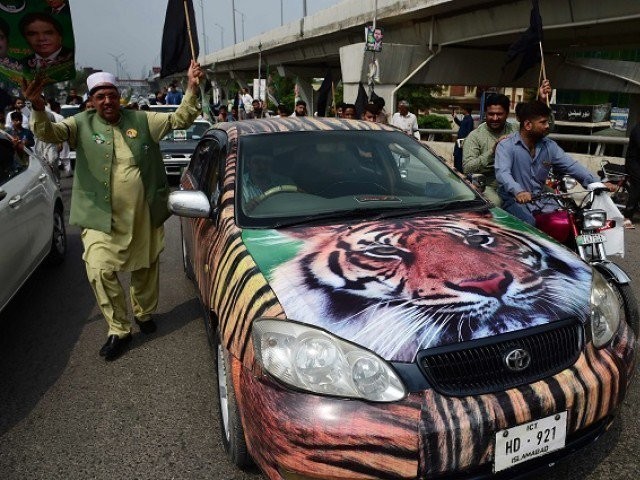 LAHORE: The Pakistan Muslim League-Nawaz (PML-N) Punjab chapter has decided to re-organise its structure within the next two months, The Express Tribune has learnt.

According to well-placed sources, the PML-N Punjab under the leadership of provincial opposition leader Hamza Shehbaz is working on restructuring the party’s provincial camp.

They said according to suggestions being considered, currently, five different units are being created.

They said another decision the party has taken is to let the Pakistan Tehreek-e-Insaf-led provincial government work for around three months before criticising it, from the party’s platform.

They said the decision does not; however, bar any party member from criticising the PTI in TV talk shows.

“This decision can be reconsidered if the PML-N is directly brought under fire by the government and forced to hold a press conference,” said the party sources.

Sources further revealed the party doesn’t feel the need to openly pan PTI’s performance in Punjab as it’s more than capable of doing that itself, hinting at recent incidents such as the chief minister’s helicopter excursions and information minister’s controversial statements.

Talking about the new units, they said these cells units will help strength the party and also prepare the party for its tenure in opposition. They said that the Planning Unit that was most likely to a headed by Hamza himself, who would be tasked with most integral job of forming a shadow cabinet. They said that the purpose of covert shadow cabinet would be to assign the most suited candidate amongst the MPA’s of party a certain ministry

Meanwhile, the coordination unit would create liaison between all party ranks, especially of local grass route leaders with MPA’s. They said the unit would also address the grievances of MPAs while the research unit would study best governance models of the world. They said that this unit would also take on board think tanks and the best minds from academia.

Furthermore, the legal unit would ensure no political victimisation is done against the party whereas media cell would hash out party policies regarding media interactions. They said that both units were likely to be headed by former spokesperson of the party Malik Muhammad Ahmad Khan. They said that these units would also prepare the party for possible local body elections in coming twelve months.