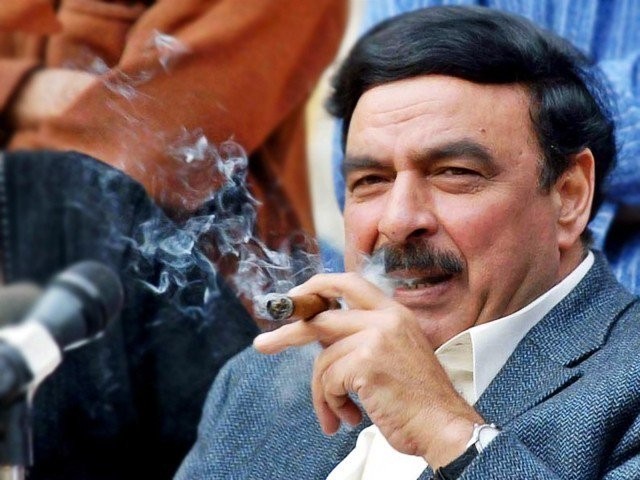 LAHORE: Federal Minister for Railways Sheikh Rashid on Saturday announced to send four cases to the accountability watchdog — a move that some officials believe will discourage the private sector from investing in the entity as envisaged by the new government.

“Currently there are eight cases in the National Accountability Bureau (NAB)  regarding different issues of railways; however,  we are sending to NAB another four cases — including one related to Shalimar Hospital,” Rashid said while addressing a news conference.

The Shalimar Hospital is one of the busiest hospitals of Lahore’s suburban areas. Constructed on a piece of railways land, the hospital’s lease period has expired.

The minister reiterated that he was looking to lease out railways land, and other assets to the private sector and added he was searching for private parties that could revamp railway stations for free, claiming that many overseas Pakistanis have already shown their willingness to work for railways — free of cost.

“We invite private parties to upgrade five railway station sites, for free,” he said, adding: “We do welcome new ideas for railways and will build up a website for that.”

Railways to overcome its deficit this year: Sheikh Rasheed

Since taking charge on August 20, Rashid has on multiple times expressed commitment to transform railways primarily by opening up the entity’s huge infrastructure and assets for the private sector and to attract the sector for railways hospitals and educational institutes uplift.

“But at the same time he is bullying those who previously risked starting joint ventures with railways by sending their cases to NAB. In this situation, it would be difficult for the minister to attract investment from the private sector,” said an official while requesting anonymity.

“How it is possible for railways to attract fresh investment in the presence of previous cases that have become a nightmare for railways as well as private investors,” he added.

He was referring to the deals of Royal Palm Golf and Country Club and Pak Business Express that actually went wrong and did not help railways in getting the required revenues and the goodwill.

“Many of the officials involved in such deals are still serving in railways despite the fact that they were found guilty. It is not possible to invite investors on the one hand and send old cases to NAB on the other hand. No one will risk his money in such circumstances,” the official added.

Rashid said freight sector will be key to improving railways because the passenger sector has capacity to further thrive whenever we open any line.

“We have already signed a contract with a couple of companies to use our freight facility. In coming days more and more companies will utilize this facility from railways”, he said.

The minister said out of 152 locomotives, railways is installing trackers on 38 in the first stage. These trackers, he said, will enable railways to monitor locomotives’ exact status and how much load they are carrying.

He also asked officers on contract to leave the job on their own. “Those contract officers who are taking hefty salaries are advised to leave the organisation in one week,” he said.

“We also need to appoint fresh private marketing officers for railways, as the current lot does not have the ability to deliver.”

Talking about the China-Pakistan Economic Corridor (CPEC), Rashid said he did not want any hurdle in implementing CPEC projects in railways.

“Railways officials said under CPEC, Main Line-1 (ML-1) project, tracts should be upgraded but my suggestion is to simultaneously lay down another standard gauge tract. I know it will cost billions of dollars but once completed it will solve all problems of railways,” he added.