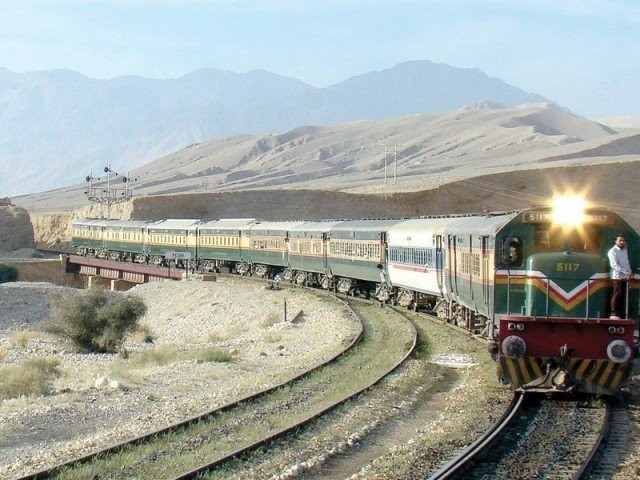 Considerable improvement has been brought in Pakistan Railways but still, there is room for further up-gradation, she said adding, coaches of several trains have also been revamped. PHOTO:FILE

Talking to media during her visit to Rawalpindi Railway Station, she said due to hard work of former Minister for Railways Khawaja Saad Rafique and his team, visible changes are being witnessed today in Pakistan Railways.

Appreciating earnest efforts of the former minister for railways made for up-gradation and improvement of PRs, Bharucha said various Railway stations were renovated and up-graded during the period.

Considerable improvement has been brought in Pakistan Railways but still, there is room for further up-gradation, she said adding, coaches of several trains have also been revamped.

Railways land handed out at throwaway price in Sindh

New locomotives have been added in railways fleet, she added. The minister said that chairman of the Senate had also acknowledged the improvement in Pakistan Railways as he recently travelled twice and lauded the rail service.  Bharucha also appreciated the commitment of Pakistan Railways officials who worked hard for achievement of the targets set to facilitate the rail passengers.

To a question she said, though, the income of the railways has increased significantly, it is facing deficit problem as a huge amount is spent for payment of pensions of retired employees which is being paid from Railways account and not from government exchequer.

Over 25m people apply for 1.3m railway vacancies in India

Soon work on CPEC projects would be started as a plan has been prepared and sent to planning and development division, she added.

Replying to a question, the Minister said that salaries of railway police personnel should also be enhanced.

Later, the minister chaired a meeting at DS office Rawalpindi.