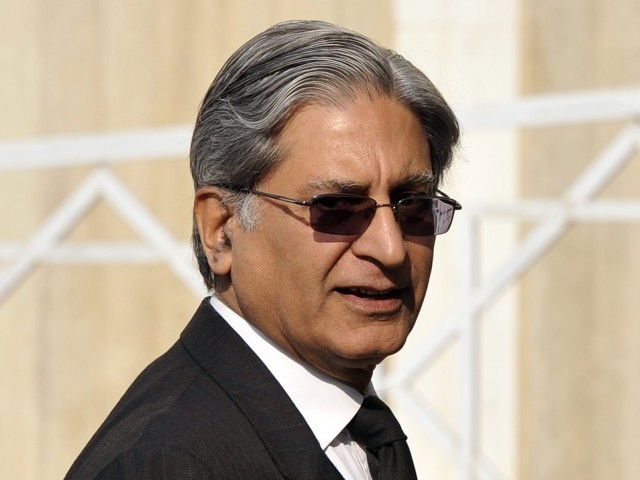 Mengal told Aitzaz that the final decision on support for a presidential candidate will be taken after the party’s executive committee’s meeting. “We have talked to the Muttahida Majlis-e-Amal as well, and we believe in our institutions. We have told Aitzaz we will discuss the request in the party meeting we have summoned,” Mengal said, addressing the media alongside with Aitzaz.

We expect from the presidency that the gap between the federation and provinces will be narrowed down, the BNP chief added. “We are thankful to Mengal sahab for giving us time,” Aitzaz said following the two-hour meeting. “We have stated our stance on the presidential campaign and we expect positive results. Mengal discussed CPEC, missing persons, development projects and the resources of Balochistan in great detail.”

“We agree with BNP-M as they have represented the people of Balochistan. We agree with their stance on CPEC and all other points,” Aitzaz added.

Referring to the opposition’s second candidate Maulana Fazlur Rehman, Aitzaz said that talks between the two are continuous. “Rehman is respected and has a very important role, we have discussed that too. Our efforts focused towards Rehman relinquishing his candidate in favour of our candidate and they are expecting us to do the same.”