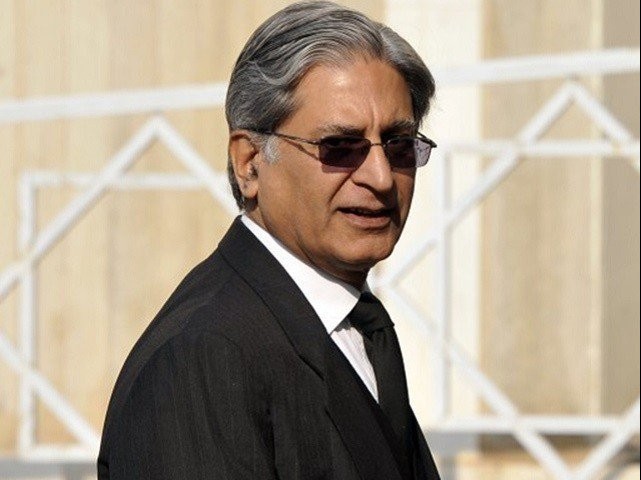 The divided opposition has two candidates in the run against Alvi. Barrister Aitzaz Ahsan is the PPP candidate while Fazlur Rehman is backed by the Pakistan Muslim League (PML-N), the Muttahida Majlis-e-Amal (MMA), the Awami National Party (ANP) and the Pashtoonkhwa Millin Awami Party (PkMAP).

“We respect Maulana Fazlur Rehman, but Aitzaz Ahsan will be our candidate,” media reports quoted Zardari as saying. After the huddle, a PPP delegation met Fazl and conveyed to him that the PPP would not withdraw its candidate.

The PPP meeting also decided that they would take decision of siding with the opposition or government in parliament on issue-to-issue basis – implying that what was being considered as a formidable joint opposition would not be working in cohesion anymore – at least for now.

The development coincides with the Federal Investigation Agency (FIA) submitting on Tuesday its third report in the apex court on alleged money laundering by companies with links to the PPP leadership. Zardari and his sister, Faryal Talpur, appeared before the FIA team probing the matter on Monday.

A few days after the July 25 polls, the opposition parties had met at the residence of former National Assembly speaker and decided to work together inside and outside parliament. They also had decided to jointly contest elections for the offices of speaker, deputy speaker and the leader of the house against PTI and its allies.

It was decided that the candidate for the slot of speaker would be from the PPP, the deputy speaker from the MMA, and leader of house from the PML-N, and the opposition parties contested the elections for speaker and deputy speaker according to the plan.

However, the PPP later on objected to the PML-N nominating its chief Shehbaz Sharif as leader of the house and abstained from its voting, enabling the PTI chief Imran Khan to easily become the country’s 22nd prime minister.

Last week, the PPP nominated Ahsan for the post of the president of Pakistan and sought support from the PML-N and other opposition groups. The PML-N, the second largest party in parliament, expressed reservations over the nomination and called the PPP’s decision a unilateral one.

In an attempt to sort out differences, the PML-N called a meeting of opposition parties last Saturday. The huddle failed to reach a consensus to pitch a mutual candidate. Several contacts between different opposition groups were held on Sunday and different options were considered, without any results.

The PPP opposed Fazl’s nomination while others moved to nominate him as the opposition’s candidate. Interestingly, the PML-N floated name of the PPP leader and former premier Yousuf Raza Gillani for the position; however, PPP ignored the suggestion. Monday noon was the deadline for submission of nominations and Ahsan and Fazl filed their separate nominations.

The five-year term of President Mamnoon Hussain will expire on September 9. Under the Constitution, the election of the next president should be held at least a month before the term completes.

Since Electoral College for the election of the president – which comprises both houses of parliament and the four provincial assemblies – was not complete at the time, the election had to be delayed.

Scrutiny of nomination papers of candidates will be held today (Wednesday) and any of the contestants can withdraw their candidature before the list of candidates is finalised on August 30.

The Election Commission of Pakistan (ECP) has asked the proposers and seconders of the candidates to bring their original identity card issued by the National Assembly, the Senate or a provincial assembly at the time of scrutiny.

Only members of parliament and provincial assemblies can be proposer and seconder for candidates for the office of president who should be Muslim by faith, not be less than 45 years of age and should fulfill qualifications laid down in Article 62 and 63 of the Constitution.