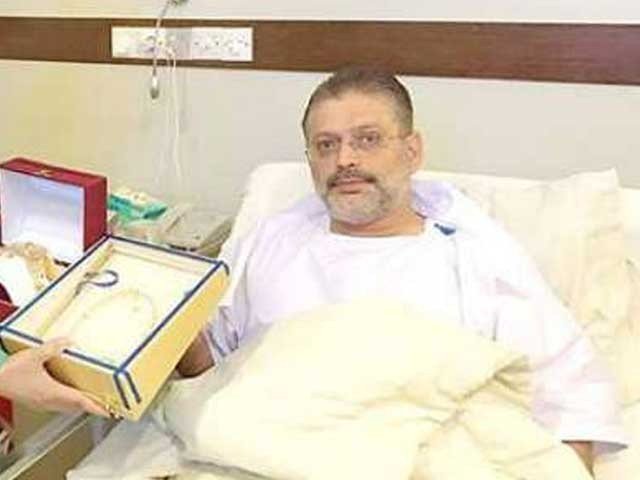 CJP made a surprise visit to three hospitals to check on political prisoners PHOTO: EXPRESS

KARACHI    : Pakistan Peoples Party’s (PPP) incarcerated leader Sharjeel Memon, who was shifted from jail to a private hospital in view of his ‘illness’, was sent back to Karachi’s Central Jail on Saturday after the country’s top judge discovered ‘liquor’ bottles from his room during a surprise visit to the facility.

Later a case was registered against Memon, who has been facing charges of misappropriating billions of rupees during his tenure as Sindh information minister in the last PPP government.

The incident unfolded during Chief Justice of Pakistan (CJP) Mian Saqib Nisar’s whirlwind visits to hospitals where various high-profile suspects with links to the PPP were being treated.

The decision to visit those hospitals was made at the Supreme Court’s Karachi registry after the chief justice got a briefing from jail officials on influential prisoners who were undergoing medical treatment at hospitals.

“Sharjeel Memon, Anwar Majeed, his son and Hussain Lawai are in hospitals,” an official informed the chief justice.

Responding to them, the chief justice said, “Let’s go to see them.”

Sources privy to the development said when the chief justice reached the Ziauddin Hospital at Clifton where Memon was admitted, the former minister was sleeping in his VIP room located at the fourth floor. 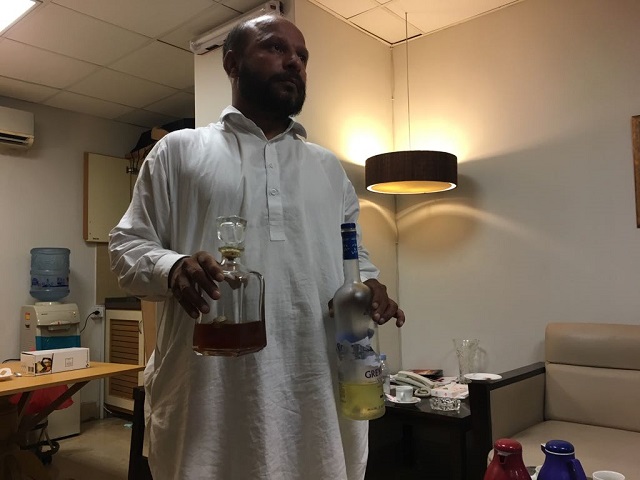 A servant was sitting outside the room and the light of the room was switched off. The chief justice told the servant to switch on the light and wake Memon up.

After a while Memon came out. He was wearing a black T-shirt and trousers. He was walking without support of any stick.

This is the conversation that took place between the CJP and Sharjeel Memon:

The CJP: “Hi, Sharjeel Memon, I am the chief justice of Pakistan and I have come to inquire about your wellbeing. Is this your sub-jail? Are the sub-jails like this? He (Memon) looks completely healthy. Shift him to jail immediately.”

Coming into the room, the chief justice noticed some bottles of liquor and asked, “What is this?”

Memon replied, “These are not mine.”

There were two bottles in a box and one empty bottle in another box. The Supreme Court staff sniffed at the bottles and said they smelled of alcohol.

The chief justice ordered to call the chief secretary and asked him to see what was happening. 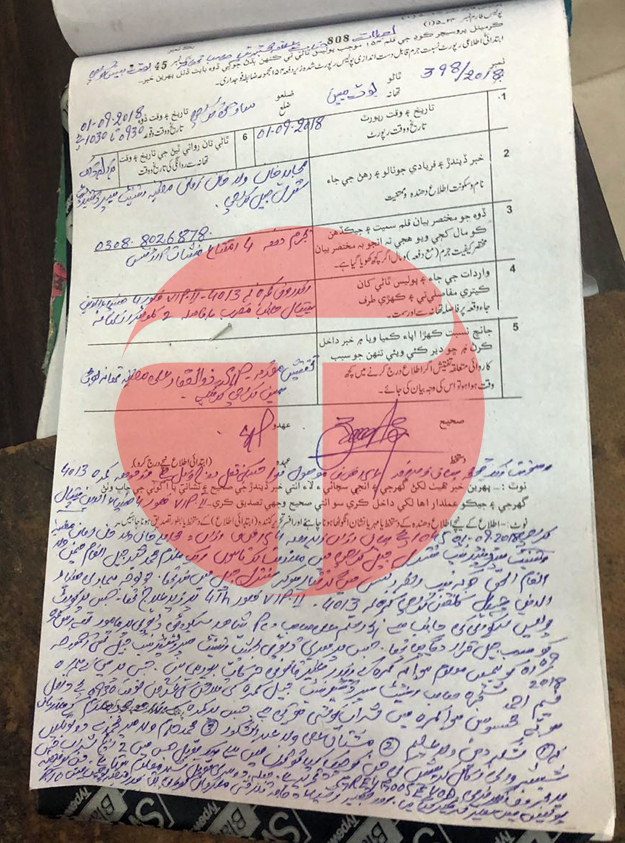 When the chief justice returned to the registry, he again sent the court staff to the hospital and ordered them to get complete record of the room.

When they reached there, the SHO was absent. According to the sources, the court staff had to wait for the SHO.

The hospital staff tried to stop the Supreme Court staff and resisted their access to the room. When they finally managed to reach there, they were stopped outside the room.

Sources said by this time Memon emerged from the washroom wearing a towel. Seeing the court staff he said he did not drink alcohol and that they could get his medical check-up done.

Before the Supreme Court staff could enter his room, the articles had been taken away from his room.

According to the sources, alcohol bottles and other things were missing. They said that Memon looked fresh and healthy and was moving around without the support of any stick.

The staff made a complete video of the room and submitted the report when they returned. Some of the officers of the Ziauddin Hospital also misbehaved with the staff.

Sources said the purpose of stopping the court staff was apparently to gain time to remove the things from Sharjeel Memon’s room.

There were reports that police also took blood samples to further probe the use of liquor. The chief justice also took a photo of the bottles.

“There is no alcohol in the bottles. But the bottles contain honey and olive oil,” Memon’s personal driver said while speaking to the media in police custody.

The photos of the bottle that appeared in the media showed that one was a decanter, which is normally used to keep whiskey and the other was a ‘Grey Goose’ bottle which contained some yellow liquid.

“There was honey in the decanter and olive oil in vodka’s bottle,” PPP leader Nasir Hussain Shah also claimed while speaking to the media. “Reports about whiskey are not true.”

“We have great respect for the chief justice. He can get Sharjeel Memon’s undergo a medical examination. A laboratory test of the bottles would reveal all. A medical examination of Sharjeel should also be conducted to prove he had not consumed alcohol,” Shah added.

The PPP leader claimed that Sharjeel recently had undergone a surgery and needed to change his bandage regularly for the next two weeks.

“His surgery is on record, the chief justice can see it for himself.” The PPP leader also demanded swift release of Memon’s driver and helpers “arrested for no reason.”

The SHO Boat Basin Police Shakeel Sherwani, who booked Memon and his servants under section four of the PPC, however, told The Express Tribune that some alcohol has been found in one bottle. “But the other bottle does actually contain honey,” he added.

“The chief justice should concentrate on pending court cases, which number around 0.1 million. What can be said about a country where the chief justice takes part in a raid,” said the former president.

He was speaking to the media outside a banking court after submitting a surety bond of Rs2 million in the fake accounts case.