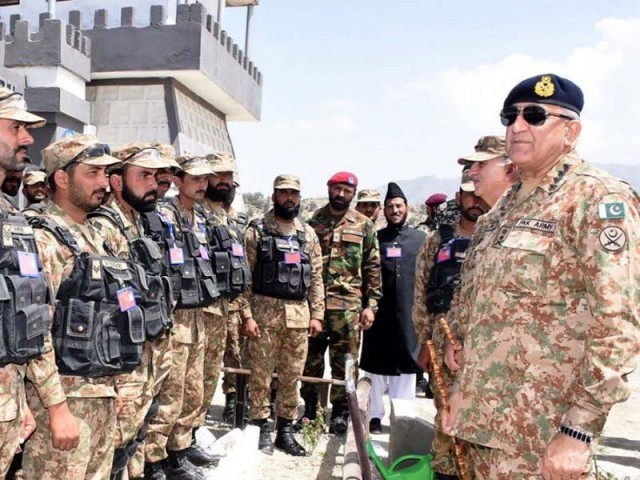 According to the Inter-Services Public Relations (ISPR), Gen Qamar visited South Waziristan where he was apprised on the stabilisation operations and progress of fencing along the Pak-Afghan border at Angoor Adda.

COAS addressed combined Jirga of elders from North and South Waziristan. “Terrorism and development can’t go together therefore collectively we have to make sure that unrest doesn’t return”, COAS. pic.twitter.com/OYZwwqiSZZ

“Peace has been restored in the area, however, recently there have been a few IED blasts in North Waziristan,” Gen Qamar noted.

The tribal elders in Wana thanked Gen Qamar for the restoration of peace in the area. Moreover, they also lauded the army’s efforts for socio-economic development in the area.

They assured the COAS of their support to the security forces and state. The tribal elders highlighted the need for improved communication infrastructure, electricity, water and educational facilities in the area.

Gen Qamar thanked the tribal elders for their continued support and cooperation to security forces. He urged the local population to remain vigilant and not allow any forces to reverse the gains made.