AI to seep further into everyday life at Berlin's IFA

AI to seep further into everyday life at Berlin's IFA 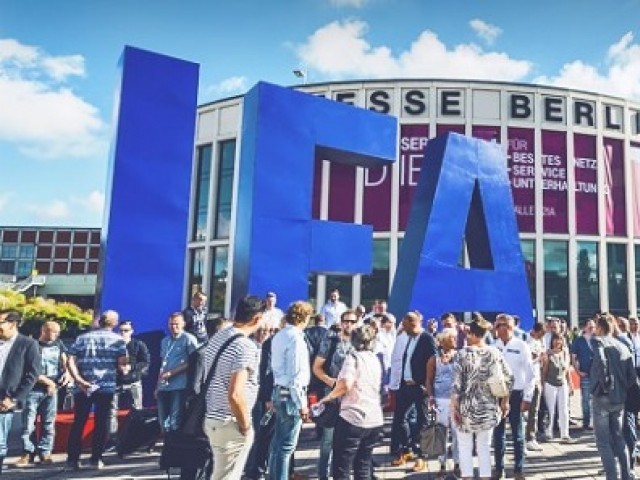 The world's leading brands of consumer electronics and home appliances will present a record number of new products. PHOTO: IFA

BERLIN: Electronics manufacturers are betting on artificial intelligence weaving itself ever more tightly into our relationships with their products on show at this year’s IFA, the sector’s annual Berlin trade fair.

From Friday, “new releases in the artificial intelligence niche will be the ones everyone is talking about” at the industry event in the German capital, predicted Gartner analyst Annette Zimmermann.

South Korean giant Samsung, through a new connected speaker, Home Galaxy, equipped to respond to spoken commands, may send its voice assistant Bixby into battle with Google’s Assistant, Amazon’s Alexa and Apple’s Siri for dominance of living rooms and kitchens.

Such devices made a splash at last year’s IFA, making the 2018 show an opportunity to take stock of their reception among the public.

Research firm Gartner predicts that by 2020, some 75 per cent of American households will use a voice assistant.

Meanwhile, similar technology is extending its reach into connected devices from fridges to lightbulbs, gigantic televisions with ever-higher resolution, and wearables used to track fitness data.

Such mass-market products are the bread-and-butter of IFA, which traditionally contrasts with its nerdier Las Vegas-based American equivalent CES.

Also from Korea, Samsung rival LG is set to unveil its CLOi SuitBot, a powered exoskeleton that increases the user’s leg strength and can be networked with the firm’s other robots for complex tasks.

But visitors looking for novelty in their everyday tech companion, the smartphone, will be disappointed.

Neither is a major announcement expected from China’s Huawei, a star of past years at the Berlin show.

Instead, the 2018 edition could be a breakthrough moment for augmented-reality applications that have so far left consumers unimpressed.

The technology superimposes digitally-generated elements like sounds or 2D and 3D images onto real-world scenes, for example in an Ikea app that allows users to virtually try out the furniture giant’s sofas or bookshelves in their homes.

With new glasses, lenses, and helmets, “there are more and more technologies available that include very high-quality content, whether it’s augmented-reality Harry Potter or shopping applications”, said Klaus Boehm of consultancy Deloitte.

Filling out the vast halls of Berlin’s trade fair centre will be a bewildering array of products from around the world that range from the practical to the — in some eyes — downright dangerous.

Under German law, items like hoverboards, powered “monowheels” and electric skates can only be test-driven away from public roads.

And there are certain to be thousands of exhibitors showing off the latest fridge that re-orders food when stocks run low or Bluetooth headsets with an extra hour of battery life — jockeying for position in a relentless technology race.