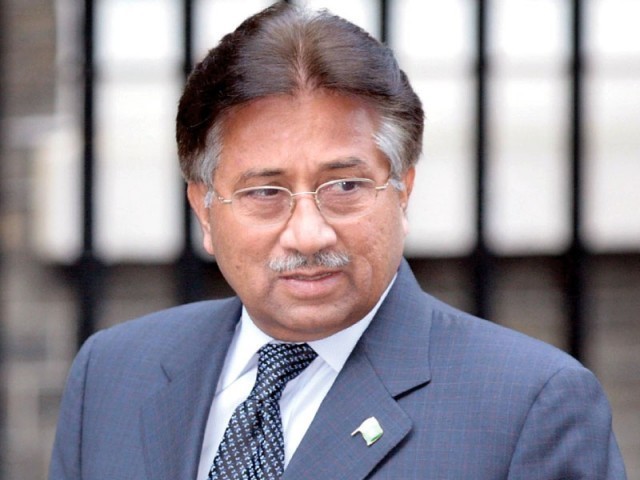 ISLAMABAD: A special court conducting treason trial of Gen (retd) Pervez Musharraf was on Wednesday informed by an official that Interpol had refused to issue red warrant against former military ruler.

A two-judge bench, headed by Justice Yawar Ali, resumed the hearing. The bench asked the ministry to provide complete details of correspondence to Interpol from the interior ministry.

The bench also asked all parties to assist the court whether the statement issue by the accused under Section 342 CrPC could be recorded through video link.

Likewise the court also sought assistance whether the trial could be concluded in the absence of an accused.

Earlier, Prosecution team head Akram Sheikh was appeared before the bench and stated that he worked hard in the case and now he wanted to recuse. The court accepted his plea regarding withdrawal from the case.

Sheikh, while submitting the application, contended that the treason case against Musharraf “entails risk to one’s personal security, professional practice, risk and threat of security to the family”.

“The applicant (Akram Sheikh) appeared in the case with utmost dedication and mindful of the implications that it is not only a case of first impression but also entails risk to one’s personal security, professional practice, risk and threat of security to the family,” says the application.

Sheikh further states that since the treason case involves fundamental ‘civil-military relationship’, the new federal government must have an opportunity to decide how they would like to handle the case..

In April, the previous Pakistan Muslim League-Nawaz (PML-N) government submitted an application in the court, requesting it to conclude the trial without waiting for the personal appearance of Musharraf, who has been living in the UAE since 2016, and pronounce a judgment on the basis of available records.

The application said the high treason proceedings are covered by the provision of a special law, which lays down the entire manner of regulating proceedings of those who are present and of those who choose to stay away from the court.