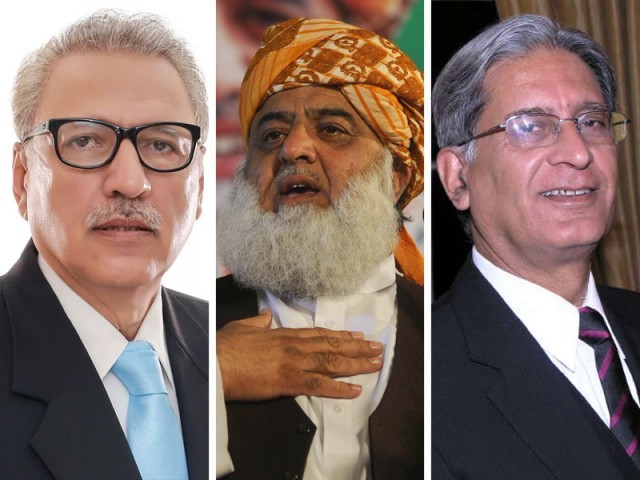 ISLAMABAD: The Election Commission of Pakistan (ECP) on Wednesday accepted the nomination papers of three presidential candidates as the opposition remains divided and has failed on fielding a joint nominee for the coveted post.

The papers were scrutinised by Chief Election Commissioner Justice (retd) Sardar Mohammad Raza Khan after the candidates appeared before the electoral body.

“Today my nomination papers have been accepted by the RO for the upcoming presidential elections,” said Ahsan while speaking to the media in Islamabad.

Terming the elections as a “vote of conscience”, the senior PPP leader said some PTI and JUI members may support him on September 4. “This is a secret vote, not a party vote.”

Referring to the earlier stalemate in deciding a joint candidate, Ahsan lamented that the opposition will be at a disadvantage.

He also expressed hope that lawmakers will choose the “right” candidate to represent the nation and rejected claims of horse-trading.

PPP has struck a deal with PTI to get its candidate elected as president: Nehal

Addressing the media after his nomination papers were accepted, PTI’s Alvi confidently claimed of emerging victorious “by a large margin”.

Referring to estranged PTI leader Amir Liaquat, the senior party leader said Liaquat will talk to Prime Minister (PM) Imran Khan if he has grievances regarding the ceremony at the Governor House.

The presidential elections are scheduled for September 4. However, the new president will assume charge on September 8 after the incumbent head of state’s farewell.