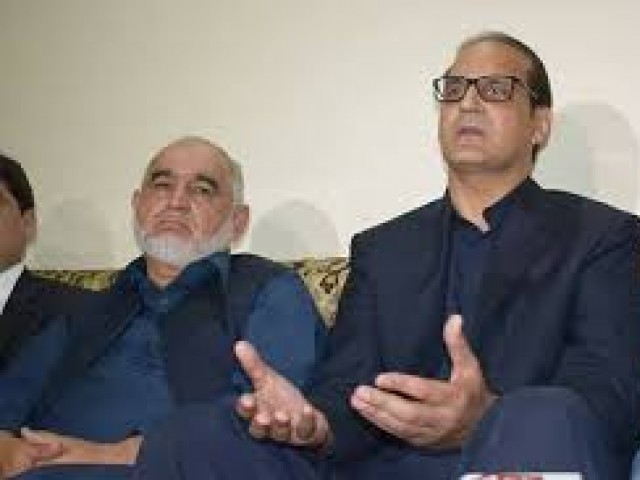 Kiyani suggested drawing a consensus between provinces and other stakeholders to conduct one national health survey instead of wasting resources on multiple surveys that also create confusions.

The issue was discussed at a briefing on Expanded Programme on Immunisation given to Kiyani. The minister and other officials were concerned over the data shared by the EPI officials.

The National Programme Manager Dr Saqlain Gilani told the meeting that the routine vaccination coverage is over 90 per cent in Punjab. Quoting provincial survey, Gilani told the meeting routine vaccine was 82 per cent in 2015 in Punjab.  Upon this the minister and other officials raised concerns over differing figures of vaccine coverage. Federal Health Secretary Capt (Retd) Zahid Saeed also highlighted the need to strengthen data from across the country to improve its validity at international forum.

At this Kiyani suggested conducting one national survey after two or two-and-a-half years to have authentic data as different surveys bring out different data and confusions.

Currently apart from PDHS that is conducted after five years different provincial and disease based surveys are conducted funded by different donors. According to officials about $20 million were spent on different health surveys.

The minister was also told about the scope of vaccinating 0-23-month old children across Pakistan to ensure equitable coverage.

The EPI manager highlighted the progress made in the past three years regarding upgrading cold chain, establishing temperature monitoring for vaccines, refurbishment of National Vaccine Warehouse and introduction of new vaccines like Rota virus vaccine to prevent children suffering from diarrhoea.

It was also informed that approval of national application for introduction of typhoid vaccine in routine immunisation schedule was in process to preventing children against drug resistant typhoid fever.

“Ensuring that all children are vaccinated and protected from life-threatening diseases is a top priority of the Pakistan Government,” said Aamir Mehmood.

On this occasion, the Federal Minister called for close collaboration with the Provinces and agreed to the proposal for calling an inter-ministerial meeting for measles to ensure all provinces are sensitised to achieve the desired coverage. Need for increasing demand for immunisation was also highlighted by the Minister.

The Minister shared the vision of new Government in prioritising health and education and directed the team to explore avenues for in country manufacturing of vaccine to reduce dependency of donors in future.