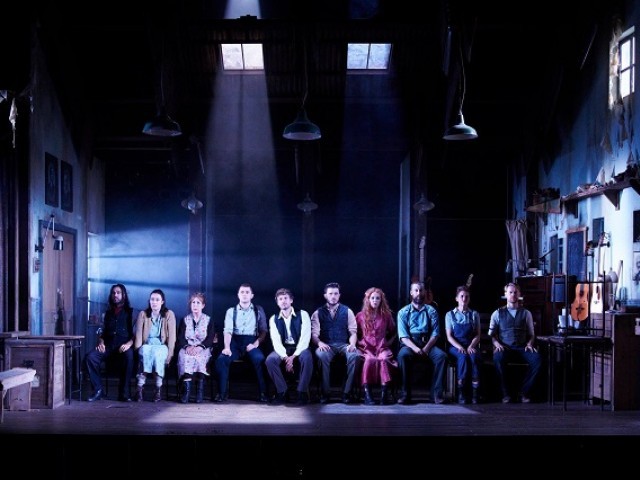 A Pakistani nurse who had earlier received a deportation order performed at a Dublin theatre hours before boarding a flight to Pakistan, the Irish Times reported.

Vekash Khokhar, an intensive care unit (ICU) nurse from Karachi, performed with a dance troupe during Abbey Theatre’s Jimmy Hall’s Today performance on August  27. The show was held to raise awareness of the threat of deportation in Ireland.

Khokhar had been living in Ireland since 2015 and received a deportation order earlier this summer. He chose to leave the country voluntarily ahead of his deportation to avoid arrest upon returning to Pakistan.

Khokhar volunteered five days a week in a nursing home in Longford county and in the local music and theatre scene. In the week leading up to his deportation, he volunteered at a World Meeting of Families conference and at Sunday’s Papal Mass in Phoenix Park, Dublin.

Mona Considine, general manager of the Longford’s Backstage Theatre where Khokhar performed in a dance project in 2017, said the community would “not stop fighting” to bring him back to Ireland.

An online petition calling for the minister of justice to grant him permission to remain in Ireland gathered almost 6,000 signatures.

“In a country starved of qualified nurses, Vicky has an offer in writing for a job with a local nursing home,” writes the petition. “He is awaiting English exam results and recognition of his qualifications to obtain a working visa.”

It adds that if deported, he will be banned from returning to Ireland for a decade and could face imprisonment in Pakistan.

The event organised at the national theater aimed to draw parallels between the story of Leitrim farmer Jimmy Gralton – the only Irishman deported from his own country – and asylum-seekers facing deportation today.

This article originally appears in the Irish Times.