China clamping down on transport sector after Didi passenger's murder

China clamping down on transport sector after Didi passenger's murder

The killin­g of a 20-year-old passen­ger in the easter­n city of Wenzho­u is the second such incide­nt since May
By Reuters
Published: August 27, 2018
Tweet Email 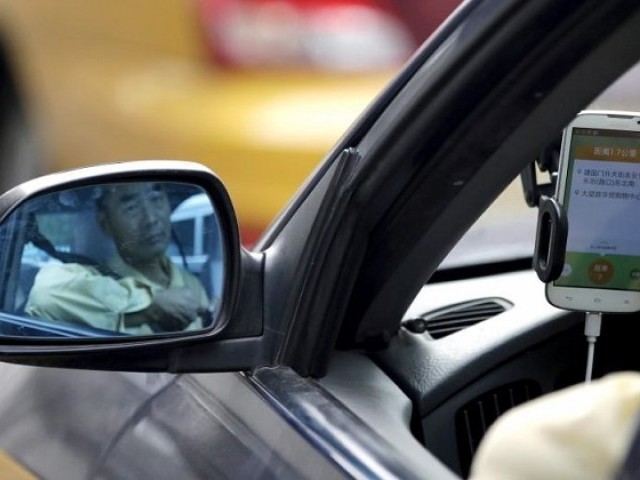 A taxi driver is reflected in a side mirror as he uses the Didi Chuxing car-hailing application in Beijing, China, September 22, 2015. PHOTO: REUTERS

China pledged to tighten oversight of its transportation sector, days after a Didi Chuxing passenger was raped and murdered by her driver, sparking social media outrage and forcing the firm to suspend its carpool service.

The killing of a 20-year-old passenger in the eastern city of Wenzhou is the second such incident since May, denting the image of Didi, which is the world’s largest ride-hailing firm by the number of rides and is expanding globally.

The National Development and Reform Commission (NDRC) said in a statement on Monday that various government departments will push to improve overall governance of operators and will expand the use of the country’s fledgeling social credit system across the transport sector.

China’s police and transport ministry said on Sunday Didi Chuxing had “unshirkable responsibility” for what happened to the passenger after she got into a Didi carpooling service vehicle on Friday.

Didi said on Sunday it will suspend its Hitch carpooling service from Aug. 27 due to “disappointing mistakes” while the company re-evaluated the product’s business model, and said it had removed two executives from their positions. It did not immediately respond to a request for comment on the NDRC statement.

Police said a 27-year-old driver named Zhong was detained at about 4 a.m. on Saturday and confessed to raping and killing the passenger.

Didi said that the suspect had no prior criminal record, had provided authentic documentation and passed a facial recognition test before starting work. However, it also said there was a complaint made against the driver on Thursday by a passenger who alleged the driver took her to a remote place and followed her after she got out of the car.

Didi, which was valued at $56 billion in a fundraising round last year, has been expanding into overseas markets including Australia and Mexico, going head-to-head with Uber. The company has also prepared for an initial public offering as soon as this year, according to people familiar with its plans.

After a 21-year-old flight attendant was murdered in May, allegedly by her Didi driver, the company unveiled a series of measures to improve safety, including limiting the hours during which carpool drivers can pick up passengers of the opposite sex, and testing an “escort mode” on its app enabling passengers to share their routes and destinations with emergency contacts.

Hitch allows users to hail a car via their smartphone and share a ride with someone else headed in the same direction.

After the May incident, it also disabled features such as profile pictures, ratings and public tags from its carpooling service, and said it would extend facial recognition requirements to other services and redesign its emergency help function.

The latest grisly episode triggered an outpouring of criticism on social media, with more than 5,000 comments as of Monday morning on the Twitter-like Weibo service reacting to Didi’s official apology post.

“I don’t dare to use Didi in the future,” one said.