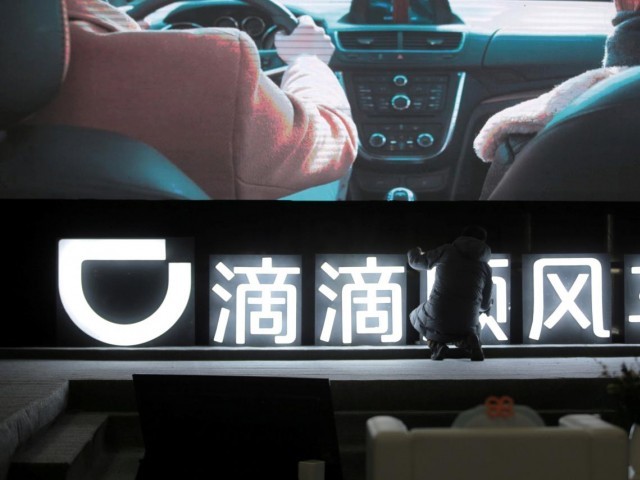 A man is seen in front of a Didi sign before a promotional event of its Hitch service for the Spring festival travel rush. PHOTO: REUTERS

BEIJING: China’s largest ride-hailing firm Didi Chuxing is suspending its Hitch services nationwide, the company said in a statement on Sunday. A day after, police said a ride-sharing passenger in the eastern Chinese city of Wenzhou was raped and killed by a driver.

Didi Chuxing, the biggest ride-sharing firm globally by number of trips, said it was sorry that the carpooling service would be suspended from Aug. 27 due to “disappointing mistakes” while the company reevaluated the product’s business model.

Not a man’s world:Ride-hailing turning to women

The suspected murder of the 20-year-old woman, who Wenzhou police identified only with the surname Zhao, is the latest in a series of violent crimes that have fueled safety concerns about the service.

Zhao got into a Hitch carpool vehicle at (0500 GMT) 1 pm local time on Friday, and sent a message to a friend at around 2 pm seeking help before losing contact, according to a local police statement.

A 27-year-old driver named Zhong was detained at about 4 am on Saturday and confessed to raping and killing the passenger, the statement said, adding the victim’s body had been recovered and an investigation was underway.

Didi said on Sunday that the suspect has no prior criminal record, had provided authentic documentation and passed a facial recognition test before starting work.

However, the company said on Saturday there was a prior complaint made against the driver on Thursday by a passenger who claimed the driver took them to a remote place and then followed the passenger after exiting the vehicle.

“The incident shows the many deficiencies with our customer service processes, especially the failure to act swiftly on the previous passenger’s complaint and the cumbersome and rigid process of information sharing with the police,” the company said in the statement on Sunday.

The Hitch carpooling service has served over 1 billion trips in the past three years, the company said.

Didi should be punished if it fails to put customers safety first, China’s official Xinhua News agency said in a commentary on Sunday.

Didi has increased its safety measures for Hitch after the murder of a flight attendant during a Hitch ride in May sparked community outrage.

The steps included limiting Hitch drivers to only picking up passengers of the same sex during early morning and late evening hours.