Helpli­ne for religi­ous touris­m to be set up
By Zafar Sipra
Published: August 27, 2018
Tweet Email 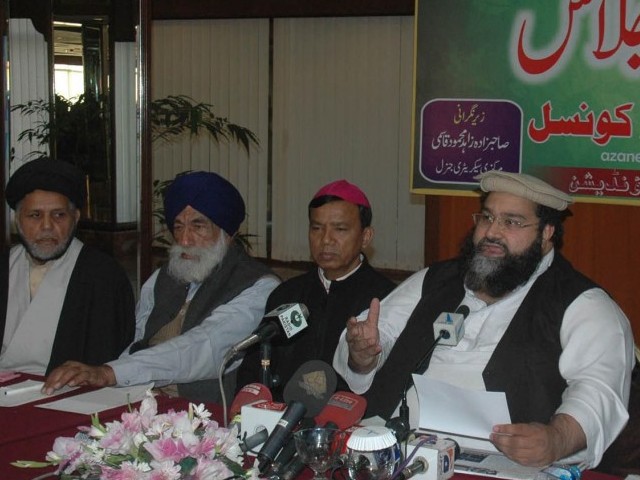 ISLAMABAD: In a bid to promote religious harmony and peace amongst all the different religions, the government has decided to set up Inter-faith Community Centre. A helpline is also being created for minorities and for promoting religious tourism in the country.

The government will also be focusing on ensuring factually correct news reporting on incidents where minorities are targeted.

According to sources, the government will invest in the non-Muslim segment of the population for their prosperity and progress. In this regard, the centre will be set up in association with the ministry of religious affairs.

Moreover, a five per cent quota will be reserved for the employment of the minorities in federal government departments, while they can also apply on merit.

With August 11 celebrated as Minority Day, the roles and achievements of minorities will also be highlighted on this day. With the country’s minority population observing at least 10 major festivals including the likes of Christmas and Easter celebrated by the Christians, Holi and Diwali by Hindus, Vaisakh by the Sikhs as well as the birth anniversary of the Guru Nanak  while Chillam Joshi by people of Kalash Valley, Navroze by the Zoroastrian community, Light Festival for Buddhists, Eid-e-Rizwan for the Bah’ai community.

The emergency funds set aside for minorities has also been enhanced from Rs300,000 to Rs500,000, which will be dispersed amongst the minorities when in need. A Minorities Welfare Fund (MWF) has also been set up.

For the marriages of a widower’s daughter or orphans, Rs50,000 will be given to them as financial aid.

The hate speech will be banned while any material preaching hate towards the minorities will also be banned. Abuse of loudspeakers will also be barred. Moreover, the government said that it is trying to promote religious tourism and efforts in this regards will be expedited.