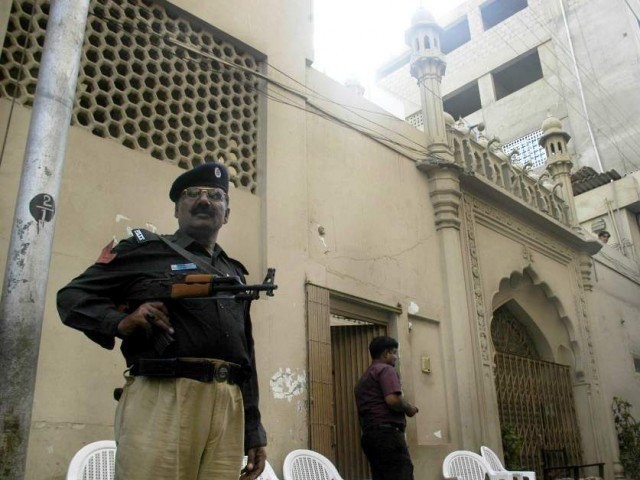 A file photo of an Ahmadi place of worship. PHOTO: EXPRESS

FAISLABAD: At least one man was killed and scores injured after a ‘minor brawl’ stoked an hours-long public order situation on Thursday in the Ghaseetpura area of Faisalabad district.

According to an FIR of the incident, a mob besieged an Ahmadiyya worship place and raised slogans. The men pelted stones at the site before torching the worship place. Police have cordoned-off the area and nabbed over a dozen suspects. The men have been booked under the Anti-Terrorism Act.

Jamaat-e-Ahmadiyya spokesperson Saleemuddin told The Express Tribune a “minor dispute” had been exploited to stoke communal tension in Faisalabad.  A mob attacked Baitul Zikr in Ghaseetpura Chak-69 after two men had an argument over “missing roosters”.

Sources told Express News that the argument took place at 7:30pm. Exchange of fire ensued half-an-hour later. Both sides then started pelting stones at each other. Law enforcement authorities were then alerted to contain the situation.

Around two dozen of those injured have been shifted to Faisalabad’s Allied and Civil hospitals. The remaining were given first aid on the spot.