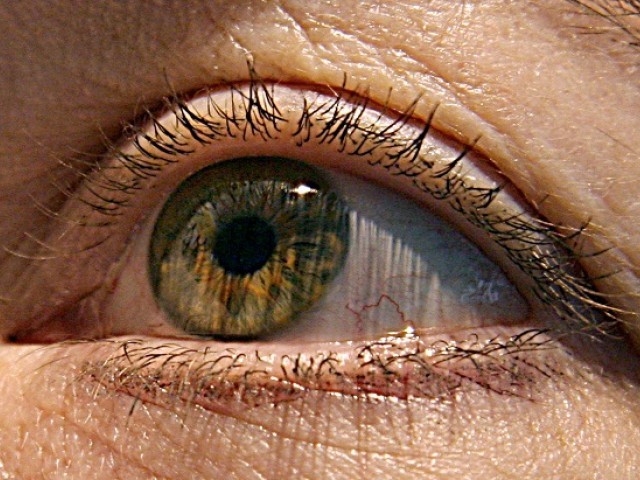 Using equipment similar to the kind already available at most eye doctors’ offices, researchers detected signs of Alzheimer’s in a small sample of 30 people, according to a study published in the Journal of the American Medical Association (JAMA) Opthalmology.

Those enrolled in the study all in their mid-70s with no outward symptoms of Alzheimer’s underwent PET scans or sampling of spinal fluid.

About half came back with elevated levels of the Alzheimer’s proteins amyloid or tau, suggesting they would eventually develop dementia.

In this group, researchers also found thinning in the retina, something that experts had previously seen in autopsies of people who died from Alzheimer’s disease.

“In the patients with elevated levels of amyloid or tau, we detected significant thinning in the center of the retina,” said co-principal investigator Rajendra Apte, professor of ophthalmology and visual sciences at Washington University in St. Louis.

Another case of Congo virus reported in city

“All of us have a small area devoid of blood vessels in the center of our retinas that is responsible for our most precise vision. We found that this zone lacking blood vessels was significantly enlarged in people with preclinical Alzheimer’s disease.”

The study did not, however, reveal if the participants with thinning retinas went on to develop Alzheimer’s or not.

For that reason, Doug Brown, chief policy and research Officer, Alzheimer’s Society, called the area of research “fascinating” but sounded a note of caution.

“Without confirming that any of the people with preclinical Alzheimer’s actually went on to develop the disease, we would need to see this carried out on a much larger group over a longer period of time to draw any firm conclusions,” said Brown, who was not involved in the study.

“While the eye tests used in this research are relatively quick, inexpensive and non-invasive, as only 30 people took part in the study, we still need to see more research before we can tell how useful this method could be for highlighting early signs of Alzheimer’s”

Experts say brain damage from Alzheimer’s disease can begin up to two decades before signs of memory loss appear.

Close to 50 million people are living with dementia around the globe, and the toll is expected to mount in the coming decades as the population ages.

Alzheimer’s is the most common form of dementia, and there is no cure. But earlier detection may make it possible for drug or lifestyle interventions that may stave off the disease.

The type of technology used in the JAMA study is called optical coherence tomography angiography (OCT-A).

It is commonly used to shine light into the eye so that a doctor can measure the thickness of the retina and optic nerve.

Researchers say the retina and central nervous system are interconnected, so changes in the brain can be reflected in the cells of the retina.

“This technique has great potential to become a screening tool that helps decide who should undergo more expensive and invasive testing for Alzheimer’s disease prior to the appearance of clinical symptoms,” said the study’s first author Bliss E. O’Bryhim, a resident physician in the Department of Ophthalmology and Visual Sciences at Washington University.

The study authors agree that more work is needed to confirm if the technique works in larger populations, but are hopeful that it could one day help screen people in their 40s and 50s.