Fire erupts in forests on the hills of Nagar Valley

Fire erupts in forests on the hills of Nagar Valley

The forest is a habita­t for the endang­ered specie­s such as Ibex and snow leopar­d
By Shabbir Mir
Published: August 23, 2018
Tweet Email 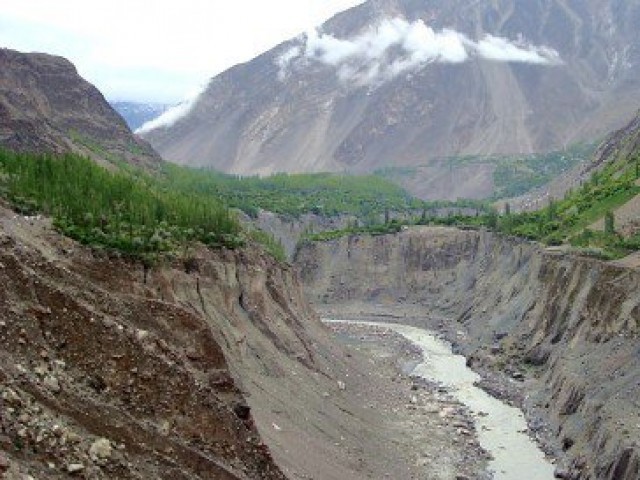 GILGIT: A fire outbreak ripped through a thick forest in the hills of Nagar valley on Tuesday, destroying hundreds of trees in the once habitat of threatened species of wildlife.

The outbreak occurred in the Pisan Forest of Nagar valley before spreading to the adjacent Gulmat forests, said Ali Shah, a local. “It can further engulf the Rakaposhi range of forests if not extinguished timely,” Shah told The Express Tribune.

While the cause of the fire could not immediately be known, the locals said that the forests consisted of Juniper trees besides the endangered forest of Birch, which is said to be habitat of Ibex and endangered Snow leopard besides others species.

“The fire is under control,” read a statement shared with The Express Tribune by Gilgit-Baltistan Forest Department officials.

It said that the ground vegetation of around 3sqkm area was completely destroyed by fire in addition to 400 juniper trees and 15-20 trees of Betula. Moreover, around 100 trees of Kail were damaged partially by the fire which is now under control. “Forest department staff have immediately been deployed there.”

The statement added that the fire lines have been made adding that the quantum of damage will be assessed soon.