PTI govt will have to contra­ct new debt, at least in its first year
By Shahbaz Rana
Published: August 21, 2018
Tweet Email 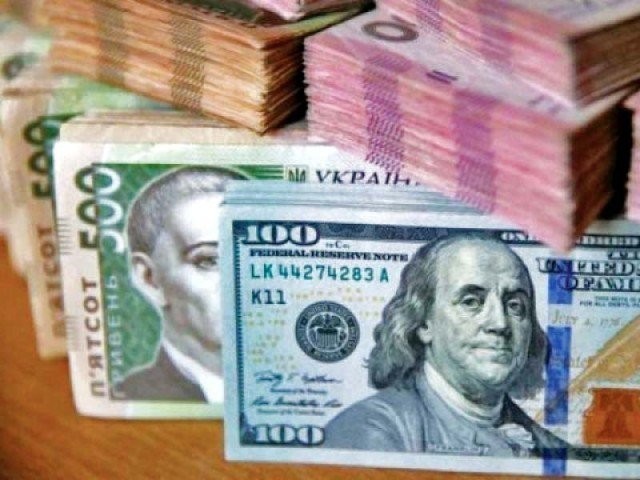 ISLAMABAD: The caretaker government, during its brief two-and-a-half-month tenure, estimated that Pakistan’s overall external debt servicing obligation would be $9.3 billion in the current fiscal year, which was slightly less than the gross official foreign currency reserves held by the State Bank of Pakistan (SBP).

The $9.3-billion external debt repayment and servicing requirement underscores the challenges the new Pakistan Tehreek-e-Insaf (PTI) government will face in arranging funds to meet the obligation.

The report was submitted to the caretaker prime minister with a request to pass it on to the new government.

The report showed that Pakistan would require $9.3 billion to meet its debt-related obligations in fiscal year 2018-19, including repayments to the International Monetary Fund (IMF). It put interest payment on external debt at $1 billion in the first half of the fiscal year.

The $9.3-billion debt-related requirements are slightly lower than $10.2 billion worth of foreign currency reserves held by the central bank.

It seems that the PTI government will have no option but to retire the external debt by contracting new debt, at least in its first year in power.

The current account deficit in July widened to $2.2 billion, higher by 14% over the same month of last year, the SBP reported on Monday. If corrective measures are not taken, the deficit will jump above $25 billion at the current pace. In its report, the caretaker government projected $4 billion in current account deficit in the first quarter and another $3.2 billion in the second quarter of the current fiscal year.

These projections suggest that the finance ministry did not reflect a true picture of the external sector, which often results in unnecessary pressure on the foreign currency reserves.

Finance Minister Asad Umar on Monday assumed his responsibilities and held the first formal meeting with ministry officials. He is said to have conveyed the finance secretary his reservations about the quality of human resources in the ministry, said sources.

In addition to finding a solution to the mounting external sector challenges, the finance minister will have to build a credible and competent team.

The interim setup’s report primarily presents two scenarios to deal with the external sector situation. Its first scenario shows harsh policy measures like 8% depreciation of the rupee, 2% increase in the policy interest rate and fiscal adjustment of 1.6% of gross domestic product (GDP) to avoid IMF bailout.

Almost the entire adjustment has been recommended to be made by cutting the development budget from Rs850 billion to Rs350 billion only.

The report also indicated possible size of the IMF programme which it noted would depend on Pakistan’s quota, which could be raised up to 500% or $14 billion.

Pakistan has already got $6.5 billion and it can receive only the remaining $7.5 billion, showed the report.

A steep cut of Rs500 billion in development spending in one year would slow the pace of economic growth to only 3.5% and unemployment rate would jump to 9.5%, said former finance minister Dr Hafiz Pasha.

The PTI government has promised to create 10 million jobs in five years and the cut in public sector spending will make it tough to achieve the goal.

Pasha said instead of massively scaling back development spending, the new government could raise import tariffs to a maximum 30% from the current highest slab of 20%. “This will generate Rs250 billion in tax revenues as well as restrict the import bill,” he said.

Pasha suggested that the government could generate another Rs100 billion in tax revenues by enhancing income tax rates.

He opposed the idea of slapping wealth tax on corporations and the stock market, suggesting limiting the wealth tax to only individuals.

He said the development budget may be slashed by only Rs150 billion, adding all these measures would create fiscal space of about Rs500 billion.

The caretaker government’s second scenario suggests increasing the tax collection target to Rs4.9 trillion. But Pasha said increasing tax collection by over 32% in one year would be highly impossible due to capacity constraints faced by the Federal Board of Revenue (FBR).