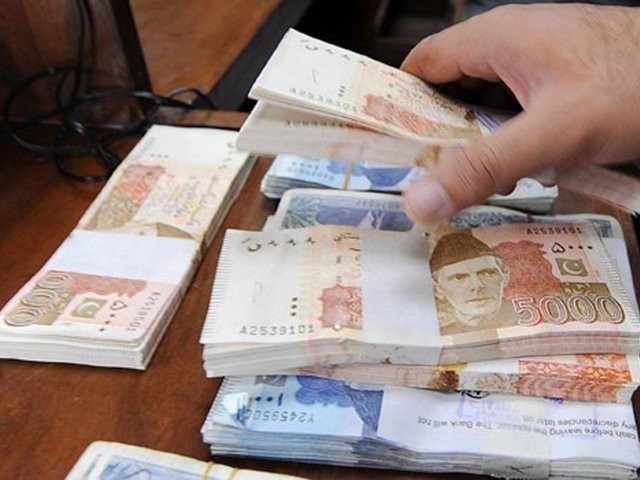 Most of the Rs1.1-trillion debt, which has not yet been covered in the budget, will eventually be financed by the taxpayers. PHOTO:FILE

ISLAMABAD: Pakistan’s debt and liabilities rose sharply to nearly Rs30 trillion or 87% of total size of the economy at the end of previous fiscal year, largely due to the last government’s expansionary fiscal policies and its failure to reform tax administration.

Of the Rs29.9 trillion, gross public debt, which is the direct responsibility of the government, stood at Rs25 trillion. It was equal to 72.5% of gross domestic product (GDP), far higher than the statutory limit of 60%, showed the statistics. The gross public debt grew Rs10.6 trillion or 74.5% in the past five years.

The main reason for the increase in the gross public debt was the PML-N government’s failure to contain expenditures and enhance tax-to-GDP ratio to a level that could have sustained the burden of additional expenditures.

It completely ignored reforms in the Federal Board of Revenue (FBR), struck compromises with influential lobbies and slowed down action against big tax evaders.

In the last fiscal year, Pakistan’s total debt and liabilities increased Rs4.8 trillion, showing growth of 18.9%, according to the SBP debt bulletin. Excluding liabilities, the country’s total debt swelled to Rs28.4 trillion, an increase of Rs12.9 trillion or 82.6% over the debt stock five years ago.

Government’s domestic debt surged to Rs16.4 trillion with an addition of Rs6.9 trillion in the past five years.  There was a mushroom growth of 242% in PSEs’ debt in five years due to PML-N’s failure to reform government-owned entities. The PSEs’ debt, which was only Rs312 billion in 2013, increased dangerously to Rs1.1 trillion at the end of the last government’s term.

Most of the Rs1.1-trillion debt, which has not yet been covered in the budget, will eventually be financed by the taxpayers.

The non-government external debt, which was Rs649 billion in 2013, increased to Rs1.9 trillion, showing a rise of Rs1.3 trillion. One of the main reasons for the increase in the non-government debt was the former finance minister Ishaq Dar’s decision to exclude certain categories of foreign debt from the definition of public debt.

The debt taken by Pakistan from the International Monetary Fund (IMF) also increased from Rs435 billion in 2013 to Rs741 billion at the end of last fiscal year.

Due to the PML-N government’s policies of parking its direct obligations outside budget books, the liabilities, which are indirectly the responsibility of the finance ministry, also saw an increase of 85.4% in five years. From Rs778 billion in 2013, the total liabilities increased to Rs1.44 trillion by the end of previous fiscal year.

Owing to a massive increase in the debt stock, the country’s interest payments have also significantly increased, despite an overall low interest rate environment.

The depreciation of the currency has also significantly increased the cost of external debt servicing.