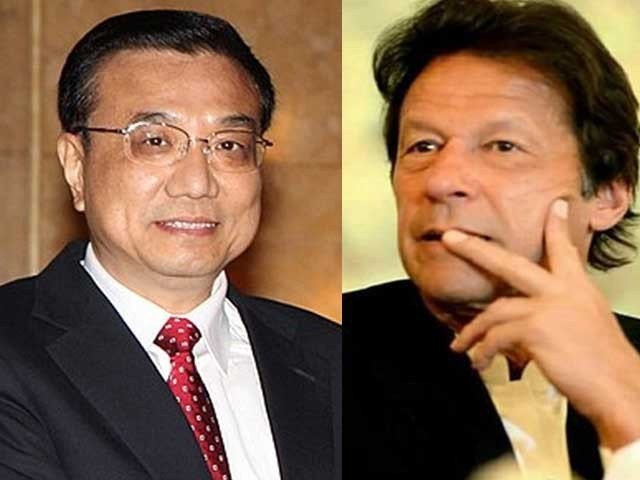 China’s Premier Li Keqiang had a telephonic conversation with Prime Minister Imran Khan on Monday in which he conveyed Beijing’s desire to foster Pak-China ties.

“The CPEC project is a national priority and we [Pakistan] laud Chinese workers’ role in developing our nation,” Imran was quoted by Express News as telling his Chinese counterpart over the phone.

“China is an all-season friend of Pakistan,” Li was quoted as saying, while Imran shared his hope that ties between the two countries would be bolstered under his party’s reign.

The PTI supremo said that Islamabad wants to benefit from Beijing’s experience in social sectors to eradicate corruption and poverty.

Earlier in the day, Malaysia’s Prime Minister Dr Mahatir Mohamad took to Twitter to congratulate PM Khan on his appointment, adding that he looked forward to working with him closely.

A plethora of world leaders have reached out to Imran to congratulate him on his election win and conveying their will to work with the newly formed government.