Genera­l manage­r of financ­e will be acting CFO
By Our Correspondent
Published: August 17, 2018
Tweet Email 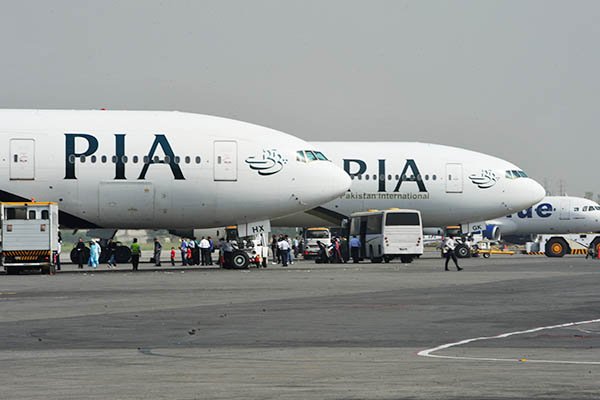 ISLAMABAD: The chief financial officer (CFO) of Pakistan International Airlines (PIA) was removed from his position, said a notification issued by the national carrier on Thursday.

PIA’s spokesperson Mashood Tajwar told The Express Tribune that Nayyar Hayat was removed as CFO and will now conduct a “high-profile audit” ordered by the Supreme Court on May 31.

“Hayat will monitor the special audit and ensure that it complies with the SC’s directives,” Tajwar added.

Chief Justice of Pakistan (CJP) Mian Saqib Nisar had noted that the purpose of conducting the audit was to identify those who were responsible for causing Rs280 billion losses to the airline during the last 10 years.

The general manager of the finance department, Asad Abbas, will be taking over as acting-CFO, the PIA spokesperson confirmed.

Previously, the carrier also issued show-cause notices on August 11 to Hayat. “You were asked by the Audit team to provide the figure of government of Pakistan support to the PIACL during the year 2008 to 2017 which you provided as Rs23.565 billion whereas ministry of finance provided a figure of Rs31.80 billion for the same period. Similarly, you provided figure of GOP guarantees as Rs175.08 billion for the same period whereas ministry of finance reported 177.230 billion,” the notice issued by PIA read.

In May, the SC ordered the auditor general of Pakistan (AGP) to conduct an audit of the accounts of PIA for the last 10 years.

A two-judge bench, headed by Chief Justice Nisar, hearing a suo motu case regarding irregularities in PIA, also upheld the ban on PIA’s re-branding with the picture of the national animal, the markhor, on the tail of its aircraft.

Likewise, the matter regarding Musharraf Rasool Cyan’s appointment as managing director of the national flag carrier has been referred to the federal government for a decision. His appointment was challenged by the PIA workers union.