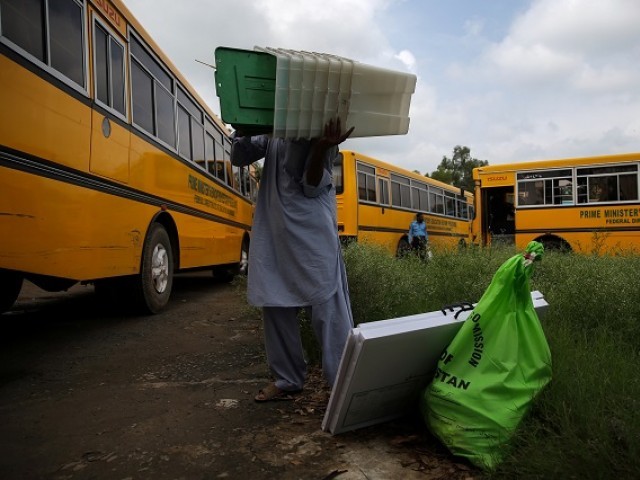 An election official carries election materials at a distribution centre ahead of general election in Islamabad, July 24 2018. PHOTO:REUTERS

ISLAMABAD: By-elections for vacant national and provincial assembly seats will by held on 14 October, the Election Commission of Pakistan (ECP) said on Friday.

Nomination papers can be filed over August 28-30. A summary on the holding of by-polls was forwarded to Chief Election Commissioner Sardar Raza earlier today (Friday) for approval. 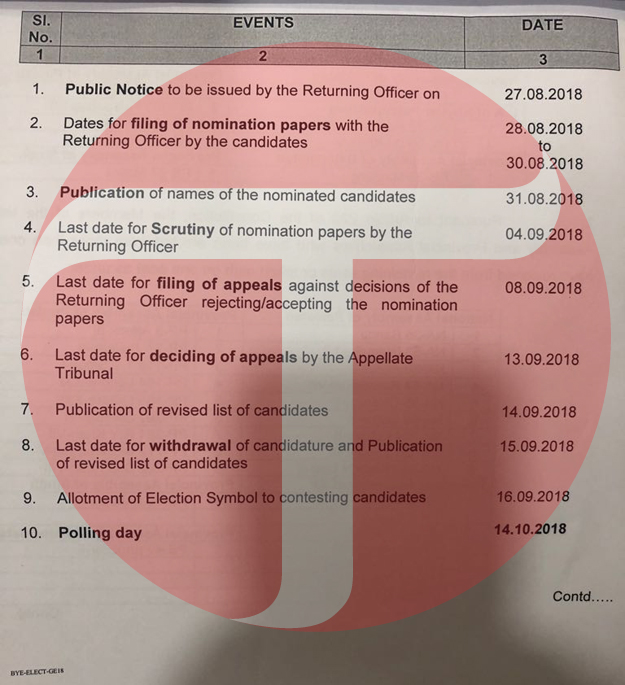 Thirty seats across 19 provincial and 11 National Assembly constituencies have been lying vacant. The seats remain unrepresented courtesy voting not taking place on July 25 or successful candidates having vacated seats.

The national and provincial legislatures commenced their new tenures this week, with members being sworn in. Speakers and deputy speakers were elected after.