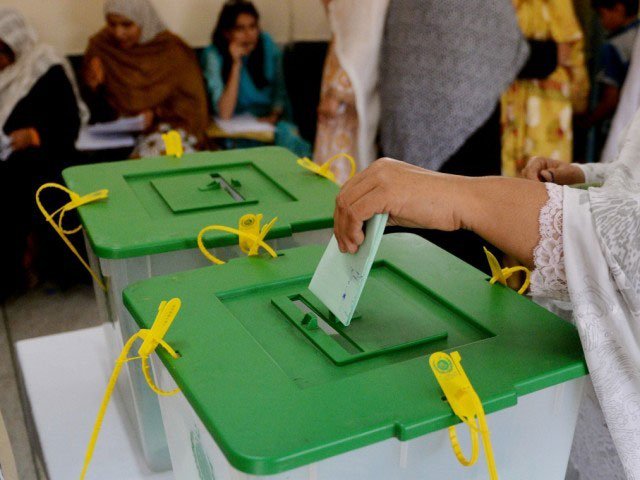 A by-election occurs whenever a vacancy arises in a constituency of the National Assembly or of provincial legislatures. The need for by-election usually surfaces due to a number of reasons, which may range from the death of a member of an assembly, resignation, or due to a peculiar lacuna in our electoral laws, which enable politicians to contest elections from multiple constituencies. Take, for instance, the 2013 elections, where Imran Khan won from three different constituencies: Peshawar, Rawalpindi, and Mianwali. Since retention of only one seat was allowed under the law, by-elections had to be held as two of the remaining seats, ie, Peshawar and Mianwali, in this case, were relinquished.

The practice is an anomaly, which is highly deplorable; it places purposeless and unavoidable financial burden on the state. Candidates contesting from more than one constituency commit a fraud with the expectations of voters by running for two or more jobs knowing well they will be able to retain not more than one. The 2018 elections will unfortunately be witness to similar patterns, with election strategies being formulated on the same touchstone. Shehbaz Sharif, Imran Khan, and various other party leaders have reportedly filed nomination papers from more than three constituencies each for the 2018 elections. The absence of a bar on contesting from more than one constituency is simply a convenience for politicians, offering them a fall-back option at the expense of draining the exchequer.

The electoral roll published by the Election Commission of Pakistan reports a total of 105.96 million voters for the upcoming general elections. Each voter must be provided with two separate ballot papers — for the National Assembly and provincial assembly each. The cost to print and import the newly water-marked ballot papers is reported to have surpassed Rs1.5 billion. A by-election necessarily requires an extra amount of ballot paper, for the second time, equivalent to the population of that constituency; the average population for a National Assembly constituency is around 750,000, as reported by the 2017 census. This means every relinquished constituency then requires a sizeable amount of ballot papers for the second time — the reason: simply because politicians are given rights to brag that they can win outside their home turf as well.

The ECP has reportedly asked for Rs28 billion as expenditure for next month’s election. Apart from monetary outlays, resources are dedicated for the conduct of elections to the assemblies. Whenever by-elections are held due to multiple-constituency candidates, valuable manpower is needlessly recruited. Returning officers and presiding officers, who are usually civil servants or members of the judiciary, already overburdened with public-interest work, are appointed on election duties to ensure the polls are conducted in accordance with the law; this severely clogs the administration and work rate of essential judicial and governmental tasks.

In a similar fashion, the country’s 85,000 polling stations will be secured by the deployment of over 350,000 troops of the Pakistan Army. This effort will only be multiplied when inessential by-elections will require security at polling stations, yet again.

Apart from the economics, even from a political perspective, the act of party leaders contesting from more than one constituency is reflective of a lack of faith and the inability of parties in choosing a candidate for a specific constituency. A deserving contender may be sidelined simply because the party leader wants to avail his insurance policy, and acquire cover from the political risk of losing elections. Election history is testament to the fact that stand-by candidates contesting by-elections are robbed of their chances of winning, by multiple-constituency candidates in their party, being unable to dedicate adequate time to set the course of their political campaigns.

There is no justification for taxpayer money being utilised in order to further career prospects for power hungry politicians. There is an urgent need for the reform of electoral laws. One workable solution, as recommended by the Election Commission of India in 2004, is to bring an amendment to the prevailing election laws to allow candidates to contest elections from different constituencies on the pre-condition that the cost of the by-election is borne by them, with a standard figure being set by the ECP. This could, whilst acting as a deterrent, ensure that the public exchequer does not suffer needless financial burden. Perhaps a legal bar could be set, allowing candidates to run for a maximum of two seats in the elections: one in National and the other in the provincial tier. Some politicians may, after the election results, be desirous of joining the national row of government from the provincial, or vice versa. Such a rationale would still appeal to common sense, given that it strikes an equitable balance between state interests, and political interests of aspiring candidates.

Whilst it remains highly unlikely that the leeway granted in political insurance is going to be fenced, such exorbitant displays of political extravagance, and blatant flouting of taxpayer money ultimately needs to come to an end.