Imran Khan on course for victory

Imran Khan on course for victory 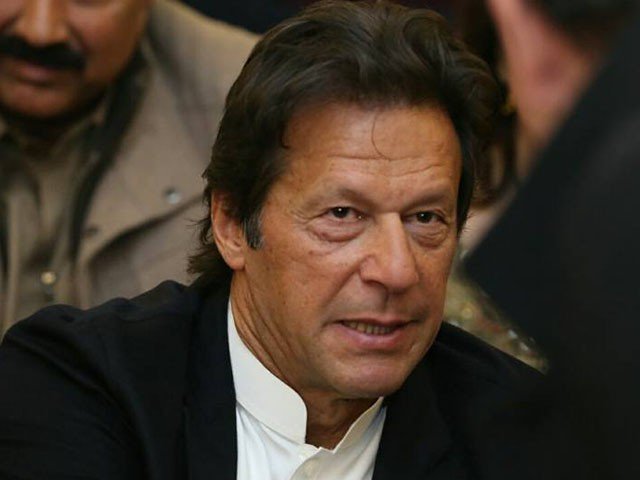 According to the party’s statement, Imran said," the subcontinent has lost a phenomenal and a visionary political figure today”. PHOTO: EXPRESS

ISLAMABAD: The National Assembly is set to elect new prime minister in its special session scheduled to be held on Friday (today).

However, the chances of the Pakistan Tehreek-e-Insaf (PTI) chairman emerging as the 19th prime minister of the country has become all but certain after differences emerged between the Pakistan People’s Party and the Pakistan Muslim League-Nawaz over the selection of the candidate for the country’s top slot.

After taking a smooth flight in the election to the speaker and deputy speaker in the National Assembly on Wednesday, Imran is expected to become leader of the house after apparent split in the opposition.

The PTI, according to its spokesperson Fawad Chaudhry, will succeed in getting over 180 votes. “It is obvious that Imran will win this election,” he said.

The PTI chief has also called the parliamentary party meeting at 2pm in the house, one-and-a-half hours before his election in the parliament house.

The PTI has currently 152 members in the National Assembly while seven of its allied parties’ number makes its total at 183. The Muttahida Qaumi Movement has seven seats; Pakistan Muslim League and Balochistan Awami Party three each; Balochistan National Party has four members; Grand Democratic Alliance has three and Awami Muslim League and Jamhoori Watan Party one seat each. Similarly, nine independents have already joined the PTI.

The PML-N with 82 members is the largest party on the opposition side followed by the PPP with 53 lawmakers, the Muttahida Majlis-e-Amal 15 MNAs and the Awami National Party has one seat. However, the situation does not seem in favour of the opposition alliance as it is rife with differences.

On Thursday, the PPP in its parliamentary party meeting decided in principle not to vote for Shehbaz Sharif due to concerns of the party’s internal and senior leadership.

The decision was taken in a meeting held in parliament and co-chaired by Asif Ali Zardari and Bilawal Bhutto. The meeting has decided to abstain from voting.

“We conveyed our reservations to the PML-N about the nomination of their candidate for leader of the house,” said Syed Khursheed Shah while taking to the media in parliament, adding that they would not vote for him if he was not replaced.

In the late night development, Jamiat Ulema-e-Islam-Fazl chief Maulana Fazlur Rehman met Zardari at Bilawal House apparently in a last ditch effort to convince him to vote for the PML-N and not give walkover to the PTI.

For the election of speaker, Shah, the candidate of 11-party alliance of opposition, got 146 votes while the winner, Asad Qaiser, received 176 votes.

In the process about eight votes were rejected while for the election to the deputy speaker, the PTI candidate got 183 while his runner-up got 144 votes while one vote was rejected.

The number for both the candidates clearly suggested internal unease in the opposition which could not even secure votes of its own members in the house and may clearly benefit the PTI chief during election to the office of chief executive.

The rules state that if no candidate secures such majority in the first poll, a second poll shall be held between the candidates and the candidate who secures a majority of votes of the members present and voting shall be declared to have been elected as Prime Minister.

If the number of votes secured by the candidates is equal, further poll shall be held between them until one of them secures a majority of the votes of the members present and voting.

As per the rules of business of the NA, the voting for leader of the house is open and lobbies are designated with the name of each candidate. Those who want to vote for a certain candidate would enter in that lobby marked with his or her name.

Before voting commences, the speaker shall direct that bells be rung for five minutes to enable members reach the assembly hall. Immediately after the bells stop ringing, all entrances to the lobby shall be locked and the assembly staff posted at each entrance shall not allow any entry or exit through those entrances until the voting has concluded.

After a member has recorded his vote, he shall not return to the chamber until bells are rung under paragraph. When the speaker finds that all the members who wished to vote have recorded their votes, he shall announce that the voting has concluded.

Thereupon, the secretary shall cause the division list to be collected, count the recorded votes and present the result of the count to the speaker.