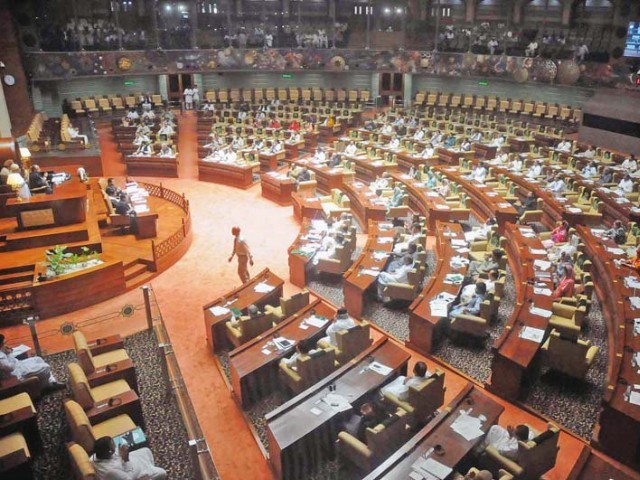 KARACHI: Murad Ali Shah was elected on Thursday as the chief minister of Sindh for a second consecutive term after he comfortably won against joint candidate of opposition parties, Shaharyar Mahar.

Shah bagged 97 votes while Mahar polled 61 during the voting process. According to official sources, Shah will take oath of his office tomorrow (Saturday).

As the session commenced with Speaker Agha Siraj Durrani in chair, MPAs were divided according to the candidate they were supporting. Two gates were formed for the election. Gate 1 was designated for lawmakers who were supporting Shah, while Gate II was for Mahar’s supporters.

After collecting ballot papers from the speaker’s desk, MPAs gathered at the gate of their choice and submitted ballot papers to assembly staff who counted the votes. After the counting was completed, the speaker notified that voting had ended and MPAs waiting in lobby were asked to come inside so that he could announce the result.

After the speaker declared him as leader of the House, chief minister-elect Murad Ali Shah addressed the assembly. He waved a copy of the Pakistan Peoples Party (PPP) manifesto, claiming that he was set to implement it because his party had returned to the assembly in majority on that manifesto.

After taking oath, Shah would be the 29th CM of the province. In his speech, he thanked the PPP leadership for reposing their confidence in him and nominating him as the CM for a second consecutive term.

Discussing his priorities, the CM-elect said his top most priority would be maintaining law and order. He claimed that he and his predecessor, Syed Qaim Ali Shah, had restored peace in Karachi and across Sindh during their last governments. “Now, we have to sustain it and make Sindh the most peaceful province  in the country,” he said. 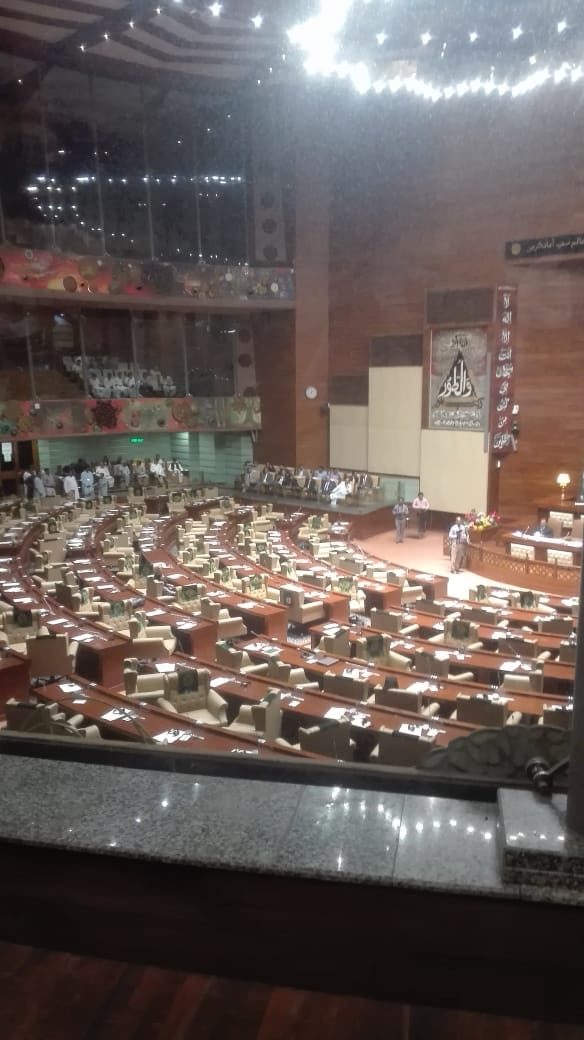 Recalling law and order situation that was five to 10 years ago, Shah said that people used to travel in convoys on highways because of rampant robberies and the situation in Karachi was worse than rural Sindh. “It was the commitment of the PPP government of 2013 which launched targeted operation and demonstrated zero tolerance against outlaws and mafias and restored peace in the city,” he said, adding that during the caretaker setup, street crime had risen in Karachi and he would take all the necessary actions to restore peace in the city.

Responding to the speech of an opposition member, the chief minister-elect said he was committed to introduce police reforms in order to make Sindh police an efficient, community friendly and effective force. “We started capacity building of the police force in our last tenure,” he claimed, adding that during his government police personnel were sent to army centres for training and over 10,000 policemen were recruited on merit.

After discussing law and order, Shah said water would be his second priority. He called for conserving water so that it is available for domestic consumers, irrigation and industries. The CM-elect was of the view that construction of dams was not the only solution to overcome water shortage. If there is no water in the system, dams would not be able to store it, he said, adding that there was a dire need to adopt methods to conserve water and shift to modern irrigation techniques.

Shah also pledged to initiate a project to supply recycled water to industries in Karachi. He claimed that the provincial government had initiated thousands of water supply schemes in villages and towns but they failed because of prolonged power cuts. “We have started solarising the water supply schemes and in this new tenure this project would be given top priority to provide clean and sweet water to the people of Sindh,” he said.

The CM-elect termed upgrade of health facilities in the province as his third priority. He also touched upon projects related to women empowerment.

Discussing transport problems in Karachi, Shah pledged that he would revamp the city’s transport system.  “I am sorry to say that the federal government-funded Green Line project is still incomplete and they [federal government] were advising me [during his last tenure] to procure passenger buses,” he said, adding that had he procured buses, they would not be able to ply.

Shah also claimed that the PPP was bound to secure two-third majority in the House but many of its seats were snatched and he knew how it was done.

Earlier, Mohammad Hussain of the Muttahida Qaumi Movement-Pakistan diverted the House’s attention towards several issues being faced in Karachi and other urban centres of Sindh, including Hyderabad, Sukkur and Mirpurkhas.

“We have been suffering from severe corruption in the province. Tall promises were made for the development of urban areas of Sindh from where the government generates its major revenue, but all in vain. Can CM live up to his earlier promises,” he said.

Khurrum Sher Zaman of the Pakistan Tehreek-e-Insaf questioned the performance of the last government in the education and health sectors where Shah had announced emergency in his last tenure.

Later, the speaker prorogued the session till indefinite time period.