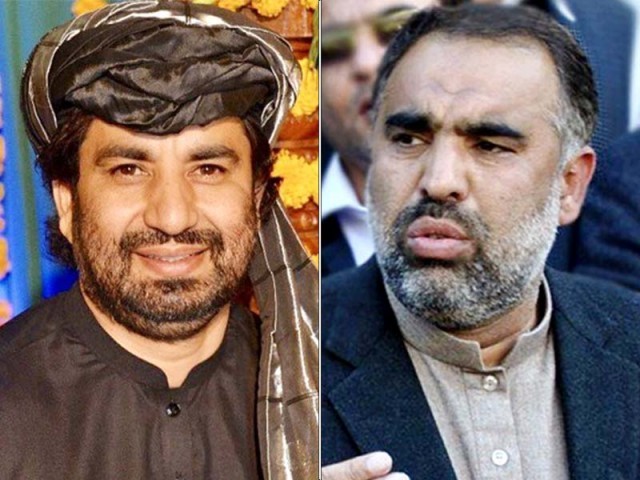 ISLAMABAD: Asad Qaiser and Qasim Khan Suri, the candidates backed by the Pakistan Tehreek-e-Insaf (PTI) and its coalition partners, on Wednesday managed to win the crucial poll for the key posts of the National Assembly speaker and deputy speaker amid a clear divide between two major opposition parties – the Pakistan Peoples Party (PPP) and the Pakistan Muslim League-Nawaz (PML-N).

On the first day of the newly elected National Assembly whose new members took oath on August 13, the 11-party opposition alliance failed to show numeric and political strength against the candidates of the PTI whose misgivings about opposition’s attempt at possible horse-trading also proved unfounded.

The voting for speaker started 45 minutes after the scheduled time. However, all the 330 MNAs, who took oath on Monday, cast their votes. The PTI’s Asad Qaiser got elected after getting 176 votes while the runner-up, the PPP’s Khurshid Shah received 146 votes. About eight votes were rejected. 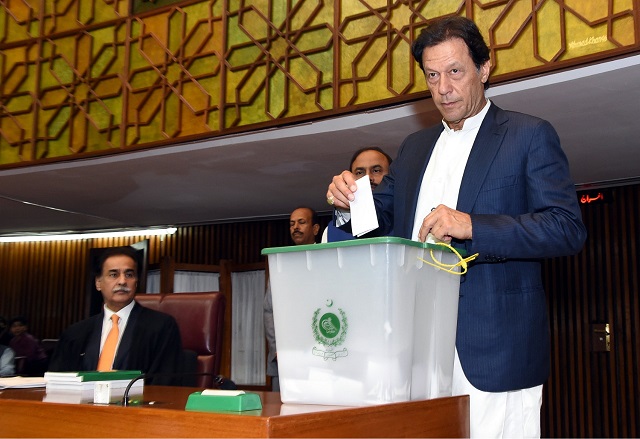 As the outgoing speaker Ayaz Sadiq was about to announce the results, deputy speaker Murtaza Javed Abbasi rose to make a comment and Sadiq, a member of the PML-N, unlike his five-year practice to decline a comment prior to any key announcement, allowed Abbasi to speak.

Abbasi said while election for the speaker was now held, the mandate of the PTI was artificial. As soon as he uttered those words the whole assembly plunged into chaos and many from galleries and the PTI and its coalition benches started chanting slogans of ‘Go Nawaz Go’ and ‘shame, shame’. 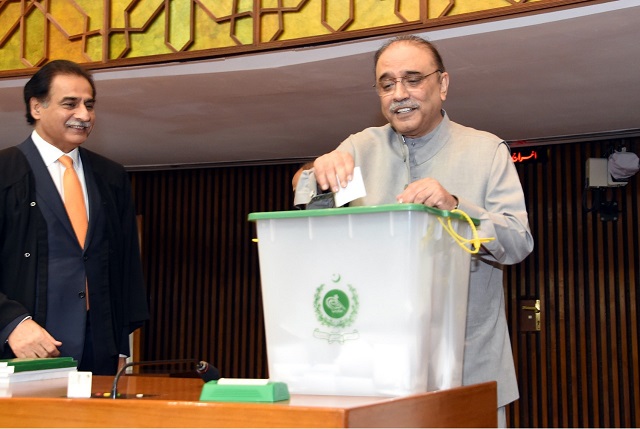 Seeing the rush and jostling near the chair of PTI chief, the PTI MNA Shireen Mazari and other party leaders surrounded Khan’s chair to avert any attack or any misdemeanor from the PML-N lawmakers.

Interestingly, PPP Chairman Bilawal Bhutto, Co-chairman Asif Ali Zardari and other PPP MNAs kept silent during the protest and did not participate in hullabaloo created by the PML-N lawmakers.

Amid the protest, Sadiq took oath from the newly elected Speaker Asad Qaiser and Bilawal and Zardari left the hall. Later the Muttahida Majils-e-Amal (MMA) members joined the PML-N protestors.

While everybody from the PML-N was testing their vocal cords to be the loudest in the hall, the party’s president Shehbaz Sharif was a picture of composure, continually whispering to the PML-N leaders Rana Sanaullah and Khawaja Asif.

Another sign of the lack of unity in the opposition alliance were the black armbands that were worn only by the PML-N members as a protest against alleged rigging in the July 25 polls.

It was decided before the start of the inaugural session of the NA that opposition party members would appear in the house with those black armbands but the unity apparently fizzled out amid reservations of the PPP members over backing Shehbaz Sharif for the position of the leader of the house.

In view of the continued ruckus, the newly appointed speaker Qaiser suspended the house for 15 minutes before election for the deputy speaker. 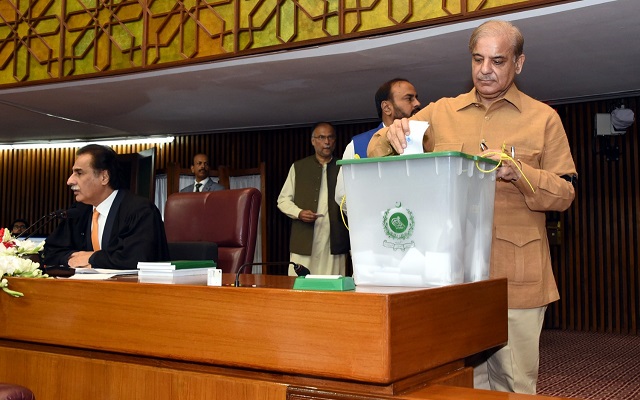 The voting pattern was more vivid when the PTI’s Qasim Suri got 183 votes and Molana Asad Mehmood from opposition side received 144 votes. This time apparently seven additional votes went to the PTI candidate. During the speaker’s polls eight votes were rejected.

Earlier, the parliamentary leaders congratulated the new speaker, hoping that the new parliamentary session would be a good omen for the democracy in the country. The PPP’s Khursheed Shah said they would not become any hurdle in any legislation that was for the people of this country.

“We will play our role as an opposition and I hope this assembly completes five years in a democratic way,” Shah said.

During his speech, the PTI’s Vice Chairman Shah Mehmood Qureshi was mercilessly hackled by PML-N female legislators. He appreciated the gesture of the PPP and said: “This resembles a political maturity that you convinced other parties to take to the house instead of taking to roads against their demands about election (rigging).”

He said to protest was the right of the opposition and a healthy sign of democracy.

On a lighter note, the outgoing speaker Ayaz Sadiq recalled days of the sit-in when the PTI was protesting outside the parliament and when its MNAs had tendered their resignations. He also regretted the PTI leaders’ derogatory remarks about the parliament.

Sadiq, however, confessed: “It was our mistake that we could not rightly elect the election commission members.” The house was adjourned to meet again on Friday at 3pm when the leader of the house will be elected.