The 39-year-old was nomina­ted by PPP to a women’s reserv­ed seat in the provin­cial assemb­ly
By APP
Published: August 14, 2018
Tweet Email 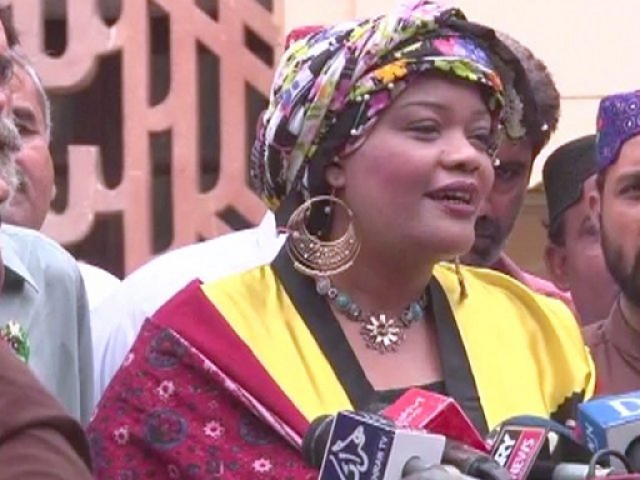 Tanzeela, whose ancestors came to Sindh from Tanzania, is a postgraduate in Computer Science from the University of Sindh. PHOTO: TWITTER @PTI OFFICIAL

ISLAMABAD .: Tanzeela Qambrani became Pakistan’s first-ever Sindh Sheedi woman to be part of the provincial legislature as she took oath as member of Sindh Assembly on Monday.

The 39-year-old was nominated by the Pakistan Peoples Party (PPP) to a women’s reserved seat in the provincial assembly.

Tanzeela, whose ancestors came to Sindh from Tanzania, is a postgraduate in Computer Science from the University of Sindh.

The 39-year-old endured discrimination over the years owing to her African descent but hopes to wash away the stigma attached to the Sheedi community with her nomination to the provincial assembly.

Talking to private a news channel she said, “As a tiny minority lost in the midst of local populations, we have struggled to preserve our African roots and cultural expression, but I look forward to the day when the name Sheedi will evoke respect, not contempt.”

The mother of three hails from the coastal area of Badin and already has experience of political office having been a local councilor.

Her father, Abdul Bari, was a lawyer while her mother is a retired school teacher.

Tanzeela’s family has kept its African connections alive as one of her sisters was married in Tanzania, while another has a husband from Ghana.