The Madina of Imran Khan

The Madina of Imran Khan 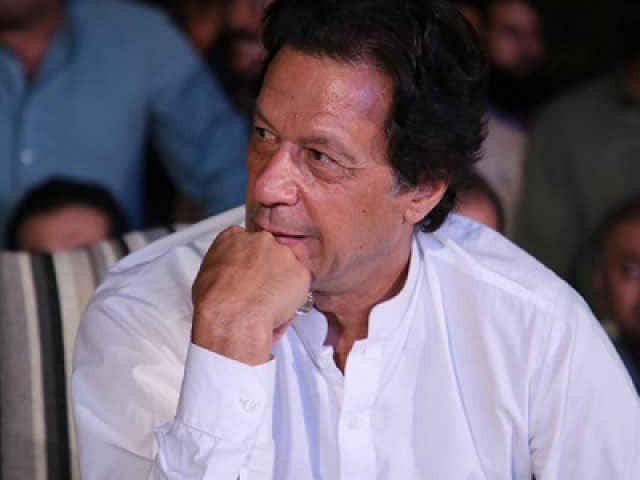 In the year 2048 the population of Pakistan will reach a figure that is 100 million more than today. That would be equivalent to 25 new cities of four million inhabitants, and each city twice the size of Rawalpindi. That is huge and means we are going to need a lot of new houses, a lot of new economy and a lot of new jobs. Where are we going to find these jobs for our people?

If you ask our well-intentioned experts from the public and private sectors they will mumble half-cooked solutions around the mantra of new technologies, advanced manufacturing, robotic industries, and suchlike. This discourse is hardly original. We have heard it in private talks, conferences and seminars everywhere. Our experts are just echoing what the current discourse trends of other experts globally are. There is a problem with this argument. Technology increases productivity — which is great — but it also reduces the amount of required human labour. When it comes to the creation of jobs, technology is the solution and the problem at the same time. Our experts are stuck, like all other the experts who are stuck.

The solution that so frustratingly escapes the talented economic experts was found by none other than our soon-to-be prime minister Imran Khan. He pointed at an important direction. Perhaps without realising the profound implications of it. Very few do, except for the two men with whom I had the opportunity to have dinner last night in an open-air restaurant in Lahore. One of them was a businessman, the most successful Pakistani in the history of Wall Street, and the other is a Sufi Shaykh, perhaps the greatest Islamic scholar in Muamalat. This article, like an old Persian tale, is inspired by what I heard from the unlikely encounter between the Sufi Shaykh and the businessman.

Imran Khan in his victory speech spoke from the heart. He said the right things. He spoke about Madina and he spoke about care. Madina is the model for the new Pakistan. Madina contains the solutions we are looking for. To understand Madina, you need to love Madina. Without the cognition of the heart, you will not understand Madina.

The primary sector of our economy (agriculture) is already saturated. The secondary sector (industry) can expand but it will not produce as many jobs as it loses in order to remain competitive. The tertiary sector of services is where we have to find the jobs. How? The answer is in Madina.

The central institution of Madina is the public marketplace. When the Holy Prophet (PBUH) went to Madina, he made a mosque and a market almost on arrival. We know what a mosque is, but we have forgotten what the market of Madina is. If you travel to the Hijaz today, you will find the mosque but the market does not exist. It has been replaced by shops and malls. The original market of Madina was a ‘first-come, first- serve’ open trading space. It was publicly owned like the mosque. Like the mosque, it could not be privatised. The market granted the right to trade to all citizens. Big or small, all traders were equal in the marketplace. A section of the market was reserved for foreign traders. That section was the caravanserai. The caravanserai was an open invitation to the world to come and trade in Madina.

Islam from a social point of view was a commercial revolution. It expanded like a wind of liberation throughout the world creating the first true globalisation. From Spain to China, it created a network of open markets and caravanserais that fulfilled the necessities of traders organised in caravans (guild of traders). Islam liberated people by liberating trading from its three sicknesses: riba, monopolies and unjust taxation. This formula of real free trade created trading routes like the Silk Route.

The Silk Route has returned to Pakistan with the China-Pakistan Economic Corridor (CPEC). But CPEC has not yet become the turning point of our economy as was predicted. It will become the turning point if we add to the existing infrastructure the spirit of Madina. That is CPEC plus caravanserais. That means the creation of 25 new trading cities along the corridor. Not just industrial sites and malls. But 25 cities built around the central feature of caravanserais.

India is busy creating the Mumbai-Delhi Industrial Corridor, 24 cities partly financed by Japan along the North-South infrastructure. We can do better than India, building 25 cities, but not just cities: 25 new Madinas. The Imran Khan’s Madina is our solution.