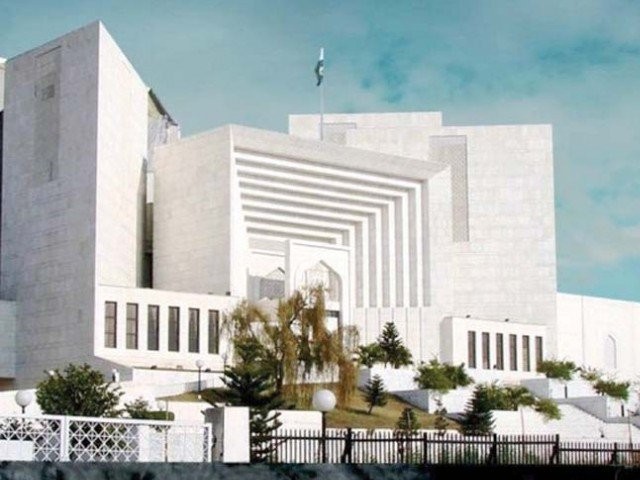 During the hearing of the suo motu case pertaining to alleged money laundering of Rs35 billion through fake accounts, a three-member bench headed by Chief Justice Mian Saqib Nisar and comprising Justice Ijazul Ahsan and Justice Umar Ata Bandial was told by Memon that the money transferred through fake accounts was collected through bribery.

However, Justice Bandiyal asked the senior FIA official to not “label them as corrupt people.” On the other hand, Shahid Hamid and Ayesha Hamid, counsel for Anwar Majeed, Abdul Ghani and Zulqarbain, also strongly reacted to DG FIA’s statement.

“This is a media trial and his statement will be tomorrow’s headline. Such things are prejudicing the case,” Ayesha Hamid said.

Likewise, Shahid Hamid also protested Memon’s statement and said the official should provide evidence of corruption before passing such statements.

However, the three member bench leading the hearing stated that it all depends on their explanation about the transfer of money through the alleged fake accounts.

“Onus of proof is on you,” the CJP remarked.

Earlier, when the counsels for the accused urged the SC to refer the matter to a trial court, the CJP said that the “SC has unparalleled and unmatched power to give any direction under Article 184 ( 3) for complete justice”.

In light of this power, the chief justice also said that the top court can also quash the challan submitted by the FIA before the special court in this case.

However, Justice Bandial observed that regardless of the order passed, it would be done so with regards to the law. He added that the court has no power to pass any order in violation to the law.

Shahid Hamid also requested the court to grant additional time to Anwar Majeed and others with regards to their appearance before the SC.

The three-member bench complied and instructed the accused to appear before the apex court on Wednesday.

Farooq Naek, counsel for Faryal Talpur and Asif Ali Zardari, said his clients are ready to join the investigation and also apologised on behalf of the party over the incident wherein party workers abused the chief justice. “The PPP always respects the judiciary, Asif Zardari has remained in prison for 11 years,” he added.

The court also directed IG Sindh to take departmental action against police officers who have been found guilty of harassing witnesses.

“The courts are providing justice, however, impediments are being created before them” the CJP added.

However, Chief Justice Saqib Nisar made it clear that military officers would not be a part of the proposed JIT in this matter, as the apex court wants to include officials aware of white collar crimes.

The hearing of the case has been adjourned till Wednesday when the SC will consider FIA’s suggestion regarding the constitution of a joint investigation team (JIT), comprising personnel who were part of the JIT that led the Panamagate case probe.