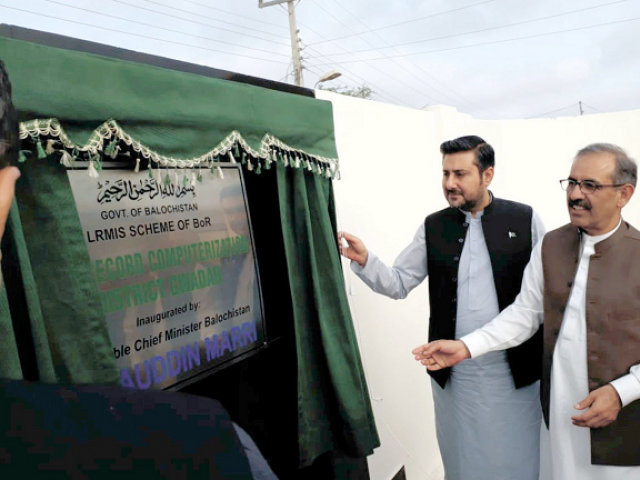 The interim chief minister stated this while addressing the Gwadar Port officials during his one-day visit there. He was accompanied by Balochistan Chief Secretary Dr Akhter Nazeer. They visited Gwadar Sea Port and its various sites. Gwadar Port Authority officials briefed the CM and the CS, regarding various development works.

On the occasion, the CM said, “China is Pakistan’s close ally and the CPEC will further strengthen this friendship between the two countries. Pakistan will benefit in terms of economy, energy, agriculture and infrastructure from the said project.”

He also briefed them on various affairs of the master plan of the port in detail, adding that the master plan of Gwadar was in its final phase.
The Balochistan chief minister also laid the cornerstone of the Land Record Computerisation Building. He said land computerisation would not only increase transparency in property dealings but would also enhance the confidence of investors.

He also directed the authorities to complete the construction of the building on time, adding that the computerisation should be made transparent so that there “is no feeling of insecurity” regarding ownership.