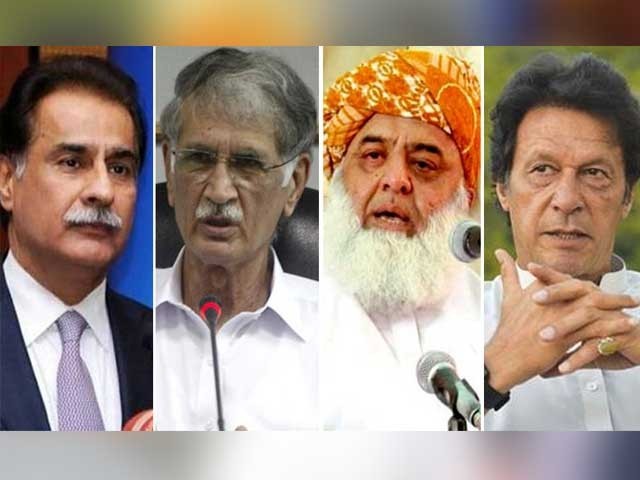 All four politicians had tendered apologies to the election body for violating code of conduct issued by the ECP. Earlier, the four-member bench, headed by the chief election commissioner, had reserved verdicts in two cases of unbecoming language against Sadiq and Khattak.

AGP to stay on under Imran’s government

The ECP, while accepting their replies, also directed all four politicians to hinder their use of such language and warned that repetition will not be forgiven.

Sadiq’s counsel Kamran Murtaza, who appeared on behalf of the Pakistan Muslim League-Nawaz (PML-N) heavyweight, tendered an apology before the bench hearing the case. Footage of the former NA speaker was played during the hearing.

Khattak also apologised. A video clip of him employing foul language was also played during the hearing.

The Election Commission of Pakistan had earlier taken notice of the July 25 happening. The top poll body then summoned Imran to appear before a four-member bench on this account.

Appearing on behalf of the PTI chief, counsel Babar Awan said a written reply will be submitted today. “The divider (at the booth) was removed due to rush,” Awan told the court. ” When Imran asked staff for instructions, he was told how to cast his vote.” The bench then directed the Awan to file a reply immediately.