On the rise: Gastro epidemic claims another minor

On the rise: Gastro epidemic claims another minor

The gastro epidem­ic has claime­d severa­l lives in the past few months­
By Noor Soomro
Published: August 8, 2018
Tweet Email 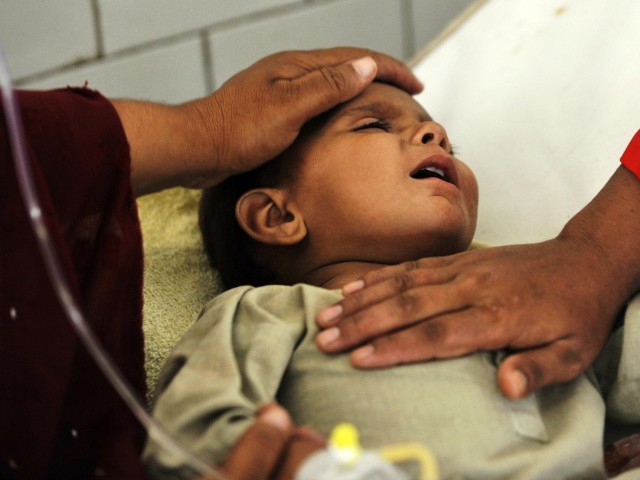 RAHIM YAR KHAN: A minor girl died of gastroenteritis while several others remained hospitalised due to dysentery and vomiting in Rahim Yar Khan on Tuesday.

The gastro epidemic has claimed several lives in the past few months. At least 31 patients, including 11 children, have been admitted to Sheikh Zayed Hospital of the city for treatment during the past 24 hours.

Hospital sources told Express News that one-year old Muskan Bibi, a resident of Habib Colony, was admitted to the health facility after being infected by gastro. However, her condition continued to deteriorate and she succumbed to the infection.

Meanwhile, doctors at the hospital told Express News that the sharp increase in temperature has caused an increasing number of gastro cases across different parts of the city. They added that in wake of major gastro outbreak, the number of patients continues to grow with each passing day.