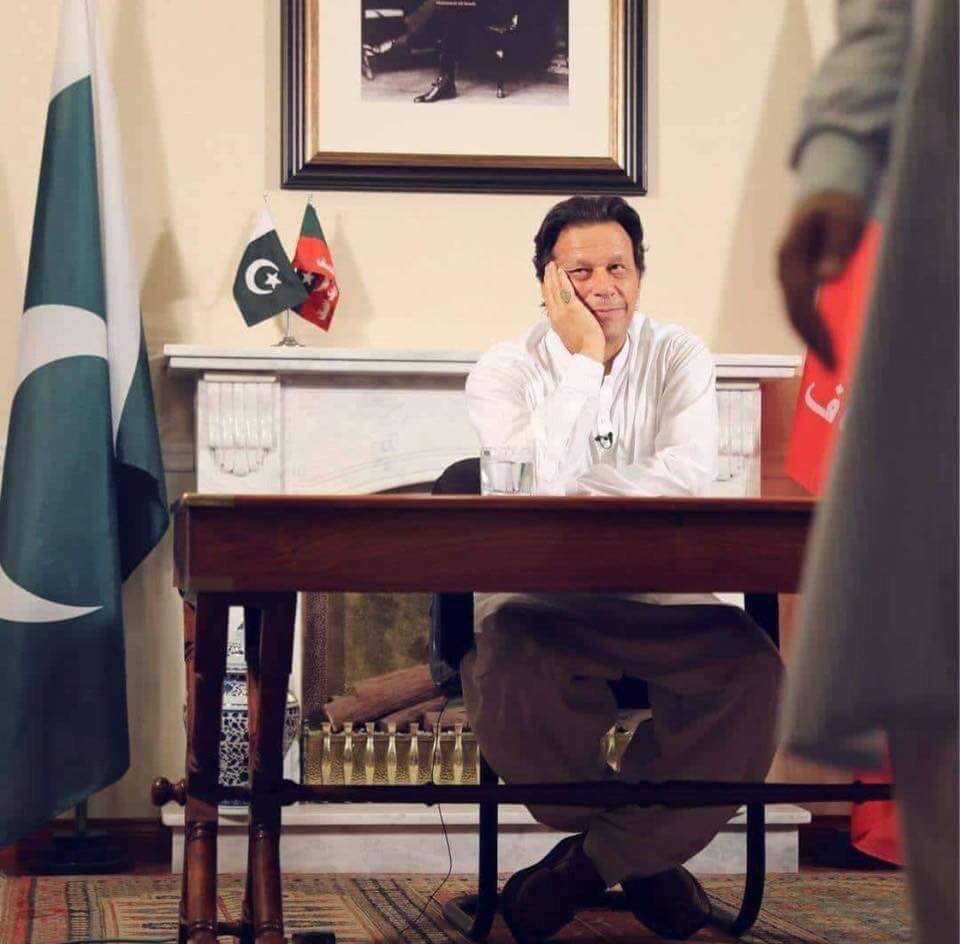 ISLAMABAD: Paving way for his possible election as the next premier, the Election Commission of Pakistan (ECP) has conditionally declared the Pakistan Tehreek-e-Insaf (PTI) chief Imran Khan as the winner from three National Assembly constituencies.

After Tuesday’s official notification Imran Khan can take oath as a member National Assembly from one of the three constituencies. However, this notification is subject to the decision of a pending litigation against him over alleged violation of the ECP’s code of conduct.

Khan’s notification from NA-53 has been put on hold due to a pending case of alleged violation of secrecy of ballot. He stamped his ballot paper in front of TV cameras while casting his own vote..

His notification of victory at NA- 131 Lahore was also withheld due to an order of the Lahore High Court (LHC). The runner-up on the seat, Pakistan Muslim League-Nawaz’s (PML-N) Khawaja Saad Rafique, had moved the LHC for a vote recount.

The ECP has notified Khan as the winner in NA-35 Bannu, NA-95 Mianwali, and NA-243 Karachi. However, all these three notifications are subject to a decision of the pending vote secrecy case against him. Khan is also accused of violating the ECP’s code by using inappropriate language during his election campaign.

Election at NA-60 Rawalpindi was also postponed after the PML-N candidate Haneef Abbasi was convicted in a case just two days before the polling day.

The ECP had also postponed elections at NA-103 where one of the candidates had died few days before the polls. The polls supervisory body has also withheld notification for NA-271 Karachi as the winner has still not submitted details of his election expenses.

The ECP officially notifies the winners on general seats after the returned candidates submit details of expenses they incurred in their election campaign.

The ECP has withheld notification of winners at the Punjab Assembly constituencies PP-76 Sargodha, PP-118 Toba Tek Singh, PP-177 Kasur and PP-296 Rajanpur. Elections were postponed at PP-76 Miawali and PP-103 Faisalabad due to the death of one of the contestants.

The ECP has not notified winners at the Sindh Assembly seats PS-29 Khairpur, PS-36 Naushero Feroze, PS-48 Mirpurkhas, PS-54 Tharparker and PS-82 Janshoro due to pending cases in the Sindh High Court.

Results from PS-73 Badin are still awaited. The ECP had postponed polls at PS-87 Malir due death of a contesting candidate before the polling day.

The ECP has not issued notification of winner from PB-36 Shaheed Sikandarabad since the winner is yet to submit election expenses to the returning officer. Results of PB-26 Quetta and PB-41 Washuk have also been withheld. Polls were postponed at PB-35 Mastung due to death of a candidate in terror attack.

The ECP has not issued notification of winner from PK-38 Abbottabad due to a pending case in the Peshawar High Court. Results are withheld at PK-4 Swat where the ECP has ordered votes recounting.

Polls at PK-78 Peshawar and PK-99 DI Khan were postponed due to death of contesting candidates in terror attacks prior to polls.

The ECP will issue a schedule for re-polling at PK-23 Shangla where it recorded less than 10% women voting. It is not clear yet if polling will be held in the whole constituency or in some specified polling stations.